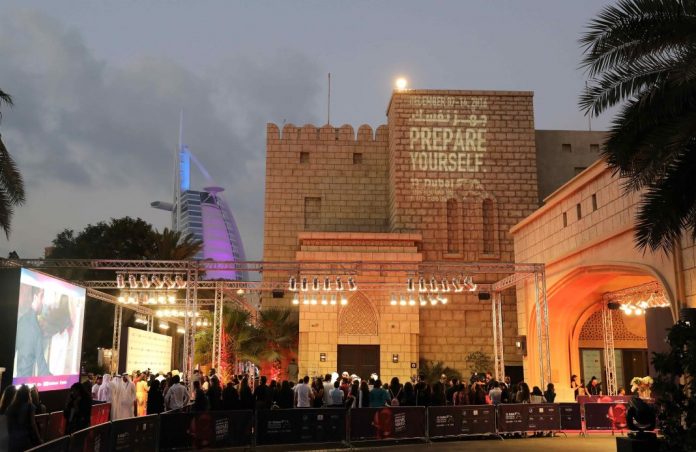 Register now for unrivalled access to the 14th edition of the DubaiInternational Film Festival, showcasing the best and latest features, shorts, documentaries and VR experiences from world-renowned and local talents.

Heralded by Condé Nast Traveler magazine as one of the world’s top ‘15 film festivals’, the Dubai International Film Festival has cemented its reputation as the ultimate destination to discover exciting, original and compelling films from the Arab world and beyond.

Shining a spotlight on the future of the film industry, students, media and professionals from the film, broadcast and advertising industry are encouraged to join the region’s largest congregation of filmmakers, producers, scriptwriters, editors, animators and distributors for the Festival’s 14th edition.

The 2016 Festival also witnessed the introduction of a brand new Virtual Reality (VR) programme, ‘DIFFerent REALITY’, designed to give festival-goers a window into the possibilities of virtual reality technology by viewing films in a whole new dimension. Housed at the du VR Cinema powered by Samsung, the initiative – a first in the region – will return for the 2017 Festival alongside the latest in film innovations including Augmented Reality (AR).

Shivani Pandya, DIFF Managing Director said: “Every year we strive to ensure the Festival provides an unforgettable experience introducing audiences to the broadest range of compelling, challenging and entertaining films from a generation of new exciting talent and acclaimed filmmakers from around the world. Beyond the silver screen, there is a wealth of knowledge, insight and creation housed within our Dubai Film Market, whatever segment of the media, film, TV industry you work in, the DFM is a great hub to network and connect with the local, regional and international thought leaders, decision makers and experts. . We look forward to welcoming acclaimed directors, producers and actors from across the globe to share their journeys and inspire a growing and emerging talent pool in the region this December. There’s so much to be watched, experienced and explored and we encourage everyone to register early to make sure they are part of it.”

The Festival returns this year from 6 – 13 December 2017. Students, media and industry professional planning to attend the DIFF this year are urged to register early at www.diff.ae, DIFF’s early bird packages are available until 1st October, 2017.