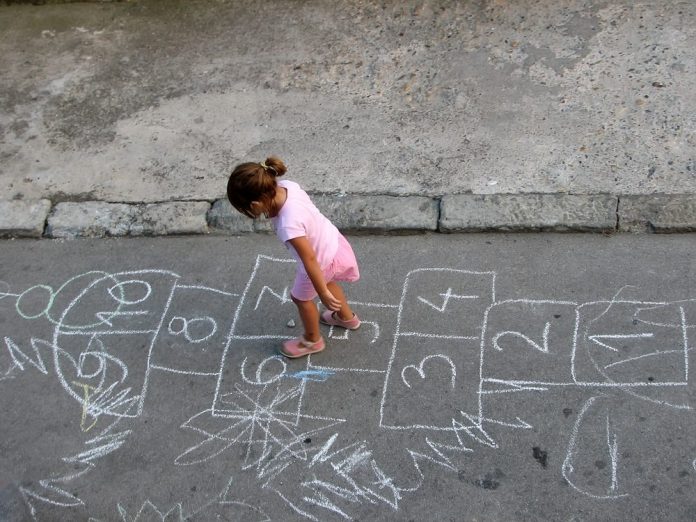 Traditional folk games are an integral component of the culture of every nation. The games that are open to both the young and old not only provide opportunity for fun and entertainment but also help instil positive values and behaviour in individuals. The Kingdom of Bahrain is known for its rich heritage which is suitably supported by traditional games that have long been enjoyed by boys and girls alike. Here are a few games that might help you relive your childhood memories:

Al-Mudood: A game that prepares young girls to grow being responsible individuals has them take up different roles of the family and enact events associated with everyday life.

Al-Sikeena: This fun game for both boys and girls has a large rectangle subdivided into 6 smaller ones drawn on the ground. The players stand on their left leg while using their right to kick a circular shoe polish canister (aka alqais) to the adjacent rectangle. They then hop onto the same rectangle and continue the same till all rectangles are covered.

Burooy: Another socially pertinent game that has the girls playing the role of home makers. The girls play in groups of 3 or 4 with each girl given a specific role. Each group builds a home with materials like empty cans of food and visits each other’s home just like in actual life.

Al-Khabsa: The game involves groups of girls, where one hides beads from necklaces in the mound of sand in their play area. The area is then divided equally among the girls where they search for their beads. The girl who finds the most beads is declared winner and goes around to hide them for the next round. The one who loses all her beads is eliminated from the game.

Dawama: A game for boys that requires good hand-eye coordination is named after the main gaming tool involved – al-dawwamah. The player wraps a thick cotton thread around the al-dawwamah starting from the nail upwards and throws it on to the ground while pulling the thread back with the rapid movement to make it spin. He must then skillfully try to wrap the thread back to the spinner while it is in motion, toss it in the air and catch it in the palm of his hand.

Al-Dahrooy: A game that can create good athletes has the boys racing against each other using a metal wheel like the ones of old bicycles and curved sticks made of palm fronds or metal wire.

Al-Nita’a: A variation of the popular game Al-Teela has the boys lining up corks in a single file and trying to knock down them using the corks they are holding. The player gets to keep the corks he knocks over.

Lijdeer: A team game that requires set of holes to be dug in a circle with one at the center. Members of the first team try to throw a ball in the center hole. If all fail the chance is passed on to the next team. If they succeed, they immediately grab the ball and try to hit a member of the other team.