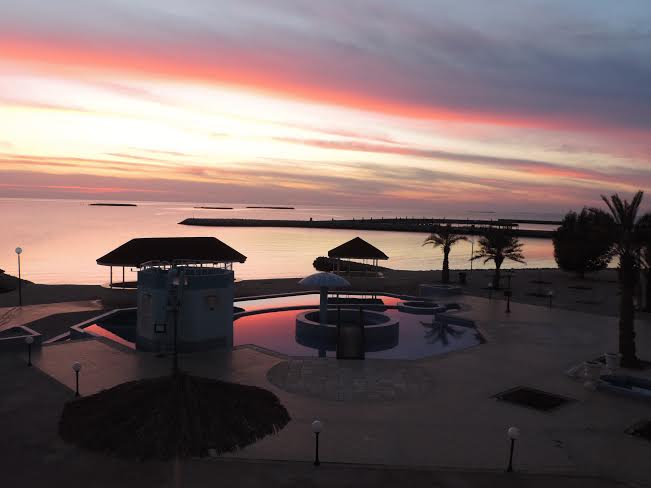 Bahrain’s Hawar Island archipelago, which lies 16 km off its south-east coast, has much to offer the wildlife enthusiast. Herds of Arabian oryxes roam the desert and, if you have had trouble photographing these stately animals up close in the wild, Hawar is the place to go as there are several tame and obliging individuals there.

Remember, though, that they are wild animals and have formidable weapons they might choose to use. I found this out while taking close-ups of a tame old female Oryx. She tolerated me for a while and then got annoyed, making a rumbling sound deep in her belly, stamping her front foot, lowering her head and then charging me with her scimitar-sharp horns. As I wasn’t keen to be kebabed by an Oryx, I yelled and jumped out of the way.

Out in the desert I also saw delicate sand gazelles that are beautifully adapted for desert life. Their pale coats reflect the harsh desert sun and their slightly enlarged hooves help them to walk on soft sand. Sand gazelles have been ruthlessly hunted for their meat and horns for centuries and, since the 1970s, have been classed as ‘endangered’ by the IUCN. This means that they will go extinct unless active measures are taken to conserve them. It is estimated that fewer than 2,500 individuals survive in the wild, mainly in the Sahara Desert.

Socotra cormorants, which are endemic to the Arabian Gulf and the south-east coast of the Arabian Peninsula, are also common on Hawar. They have been listed as ‘Vulnerable’ on the IUCN Red List as their numbers have declined sharply since 2000 due to coastal development and disturbance and pollution near their nesting colonies. I saw one that had been drowned in an abandoned nylon gillnet. In 2000, the world population was estimated at about 110,000 breeding pairs. Interestingly, the Hawar Islands, an official Ramsar Wetland Site that is inhabited by about 30,000 pairs, is the only protected area in the Arabian Gulf that provides sanctuary for these rare birds.

Underwater off the Hawar Islands, the most interesting discovery I made was pairs of fishes and crabs sharing burrows in the sandy bottom together. Both species benefit from this symbiotic relationship as the crab digs the burrow, which protects the fish and the fish warns the crab when predators approach.

On my way back from Hawar, travelling at breakneck speed, I saw a lone dugong. If I had had more leisurely transport, I could’ve witnessed one of the largest breeding aggregations of dugongs in the world, numbering over 500 individuals, as they gather in the shallows off Hawar from August to April to mate and care for their young.  One day I shall return to see this remarkable sight.