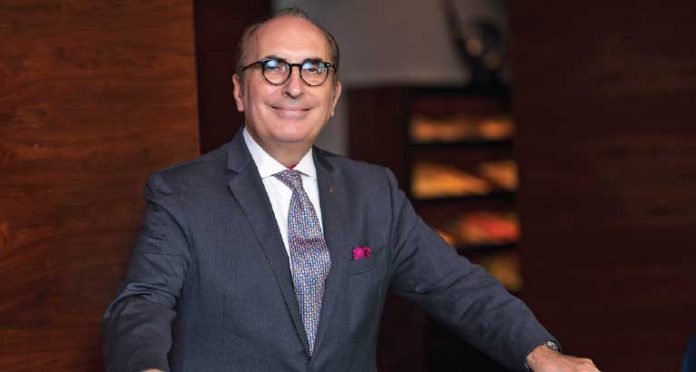 Bernard de Villèle has been announced as the new general manager at The Ritz-Carlton, Bahrain, coming all the way from the St Regis Mexico City.

Bernard’s career began in the hospitality industry more than 35 years ago after graduating from the world-renowned École Hôtelière de Lausanne in Switzerland with a degree in hotel management. His first role was as food and beverage manager at the Hilton Strasbourg. Since then, he has crossed multiple continents with tenures in award-winning properties and senior management and executive roles for St Regis, Four Seasons, Hilton, InterContinental (IHG), Orient Express Hotels and many others.

Gaining the attention of the American Academy of Hospitality Sciences in 2003, one of his most honorable mentions to date was being awarded as one of the finest hoteliers worldwide. In January 2014, he became GM of the St Regis Mexico City, where he helped position the hotel as a landmark destination in Latin America. In this role, he led the team to achieve many top honours, including Robb Report’s “Top 100 Hotels of the World” in 2015 and TripAdvisor’s “Traveller’s Choice Awards, No.1 Hotel in Mexico”.