The Road to Brave is a re-vamped, re-shaped and re-invigorated version of the original Brave: Episodes and will deliver never-before-seen footage of the fighters headlining Brave 2: Dynasty.

This candid, visual feast will give MMA fans the answers to many mysteries about fighters and their lives outside the cage.

What we see inside the cage is the final product of a long, hard struggle behind the scenes and Road to Brave will unveil truths, dispel myths and expose the struggles which occur in the build-up to fights.

Two special 20-minute episodes, crammed with exclusive content, will be released in the build up to Brave 2: Dynasty as the Brave cameras travel the world to interview and gain privileged access to the fighters featuring in Brave 2’s main event and co-main events.

Episode one will be released on November 16th and episode two on the 20th, as the cameras take you on a journey through the streets and homes of Braves first World Championship contenders, Masio Fullen and Alan Omer, from Mexico to Germany. In the epic co-main event, big hitting Welterweights Gadzhimusa Gaziev and Carl Booth, from Dagestan and England, will also be visited by the Brave cameras and a peephole will be shined into their world outside the cage.

Not only will fans be treated to inside footage, interviews and clips of their superstars, but also their friends, family and the culture they live in, as the cameras shine a light into the daily lives of the fighters and the people of their nations. Through Road to Brave, learn about the multicultural backgrounds of each fighter and how similar/different their lifestyles are away from the fighting arena. Brave is bringing the world to Bahrain for Brave 2: Dynasty and through Road to Brave you will witness the real men behind the global superstars of MMA, featuring in Brave’s main event, and co-main events on December 2nd. 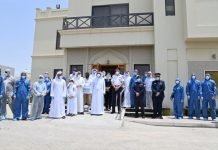 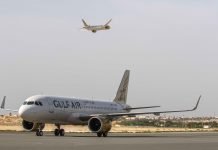