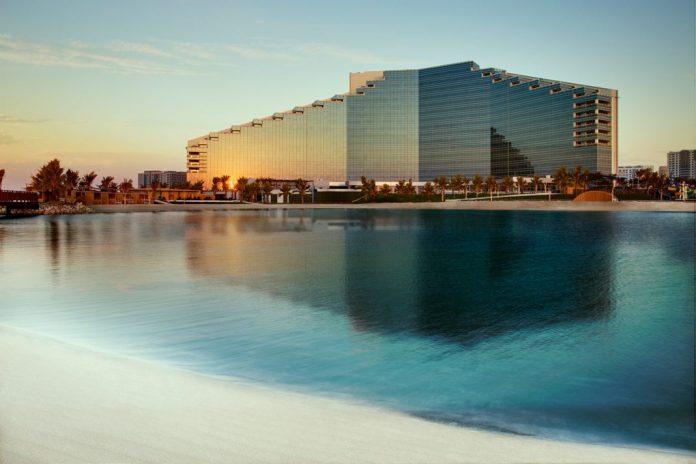 Rotana, one of the leading hotel management companies in the region with hotels across the Middle East, Africa and Turkey, marks a historic milestone as its completes 25 years of supporting tourism and hospitality growth in the region. One of the largest hospitality employers in the wider Middle East, Rotana supports thousands of direct and indirect jobs throughout the region, with the company’s relentless growth and expansion over the past quarter century having contributed immensely to promoting economic growth, diversification and job creation in countries across the region.

Founded in 1992, Rotana started its journey with the opening of Beach Rotana Abu Dhabi the following year – the first in a series of modern, sophisticated hotels launched by the group that would transform the face of the region’s hospitality industry by bringing a level of comfort and elegance superior to what was available at the time.

Rotana’s focus on delivering personalized guest experiences allowed the hotels in its steadily expanding portfolio to drive positive word of mouth and gain the trust and loyalty of guests, quickly establishing the brand as a name to reckon with in an industry that was still in its early stages of development. While the brand’s initial expansion and growth strategy had remained focused on its home market of the UAE, Rotana branched out into the wider region in year 2000 with the opening of its first hotel in Beirut, Lebanon.

Today, a quarter of a century since its founding, Rotana has grown to become the leading hotel management company in the region, with 56 operating properties in 21 cities across 13 countries in the Middle East, Africa and Turkey. Rotana currently operates a total of 15,195 rooms across its operating regions, and more than 11,000 people, from different nationalities and backgrounds, proudly work for Rotana from 104 countries around the world.

Till date, Rotana has hosted more than 225 million guests at its hotels around the world.

“It has been quite a journey these past 25 years, and a deeply rewarding one at that,” said Nasser Al Nowais, Chairman of Rotana. “Rotana today is the result of a shared vision and many years of tireless effort and commitment towards that vision. Beyond the pride of having our brand evolve into one of the largest and most reputable hotel operators in the region, what gives us the greatest sense of accomplishment is that we were able to become who we are today by holding firmly to our values, beliefs and the standards that we set for ourselves when we first started our journey all those years ago.”

“As we celebrate this important milestone, I express my sincere gratitude and appreciation to all those who have contributed to our company’s growth – our valued guests for making Rotana their hotel of choice, our partners for their support and for believing in us, and not least, our employees whose hard work and dedication has been the real cornerstone of our success,” he added.

A pioneering player in the regional hospitality industry, Rotana has several breakthrough achievements to its credit. It was one of the first hotel brands in the Middle East to introduce an “all suites” concept, which was rebranded in 2008 to Arjaan Hotel Apartments by Rotana. Rotana was also among the first in the region to introduce a 3-star affordable lifestyle hotel with the launch of Centro Hotels by Rotana in 2006. The company also operates the world’s second tallest hotel – the 72-storey Rose Rayhaan by Rotana in Dubai.

Rotana has been consistently recognized for its commitment to hospitality excellence and its contribution to the economic and social development of the communities, regions and countries in which it operates and, during its two and a half decades of being in business, the company has received more than 350 regional and international awards in recognition of its performance.

As it completes 25 years of operations, Rotana is busy laying the foundation for its next phase of success and growth. The company has a strong pipeline with as many as 49 properties – located in 26 cities in the Middle East, Africa and Turkey – under various stages of development. Seventeen of these hotels will open before the end of 2018, adding a further 3,877 keys to the company’s existing inventory.

The all-new 2021 Mercedes-Benz E-Class Sedan has now arrived in the Kingdom of Bahrain. First unveiled at The Avenues – Bahrain, the 2021 E-Class...
Tech