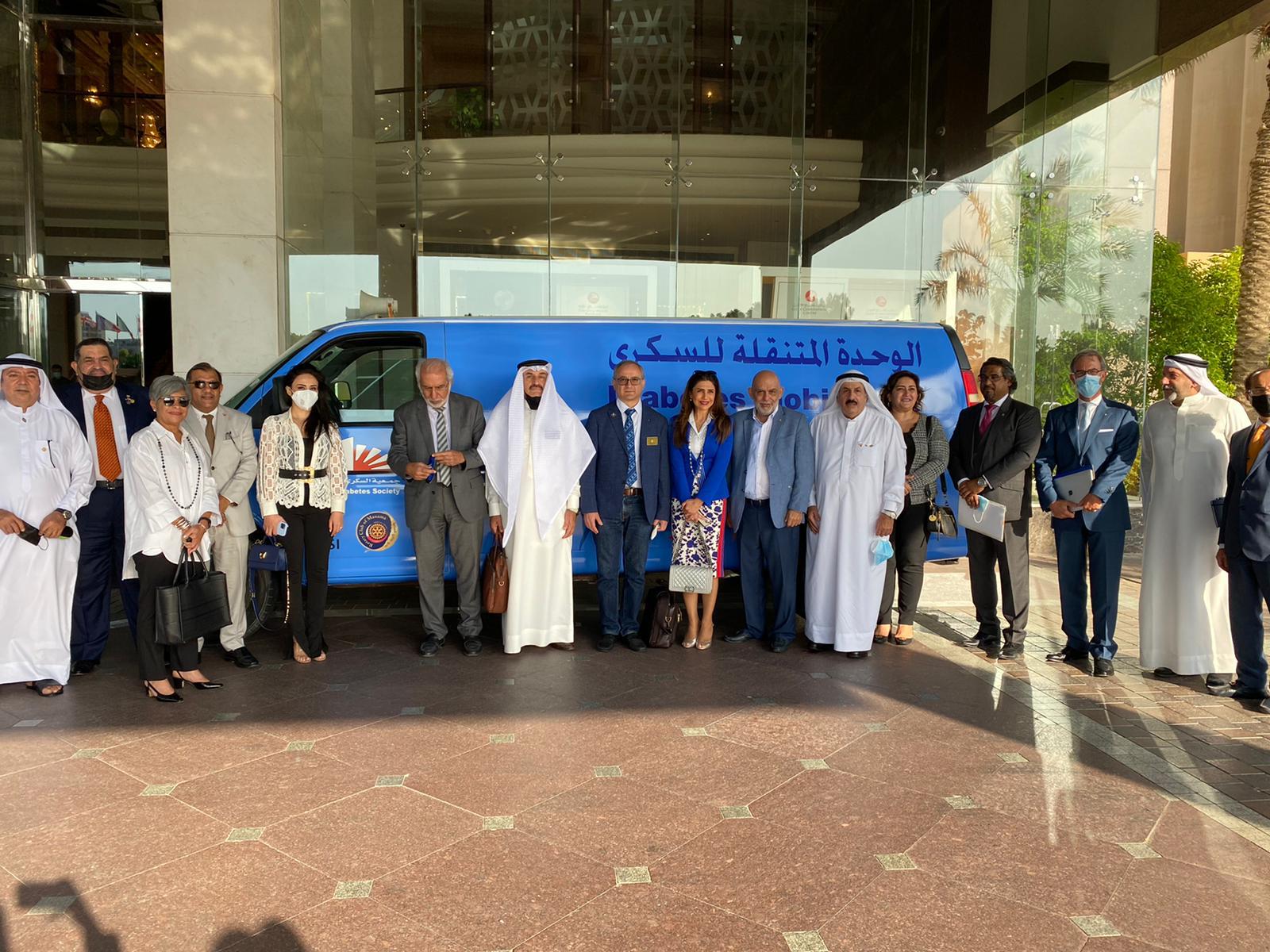 The Rotary Club of Manama (RCM) Board of Directors, along with fellow Rotary clubs in Bahrain, has recently met Rotary District 2452 Governor Ashot Karapetyan during his annual visit to the Kingdom.

Moreover, a training session was organised on the next day and it was presented by DG Ashot and PDG Ignase. The session focused on the Rotary ethics and protocol, highlighting the missions and values of Rotary District 2452 and Rotary international in general.

A special ceremony was also held on the occasion of relaunching RCM’s Diabetes Awareness Mobile Unit, which was donated by the Club to the Bahrain Diabetes Society and the Royal College of Surgeons in Ireland – Bahrain, and group pictures were taken.

RCM forms part of Rotary International, which is the world’s first service club organisation and includes over 1.2 million members worldwide. Since its inception in 1965, RCM members have been actively participating and organising key community initiatives and projects, aiming to contribute towards societal needs and make a valuable addition to the development of the community.