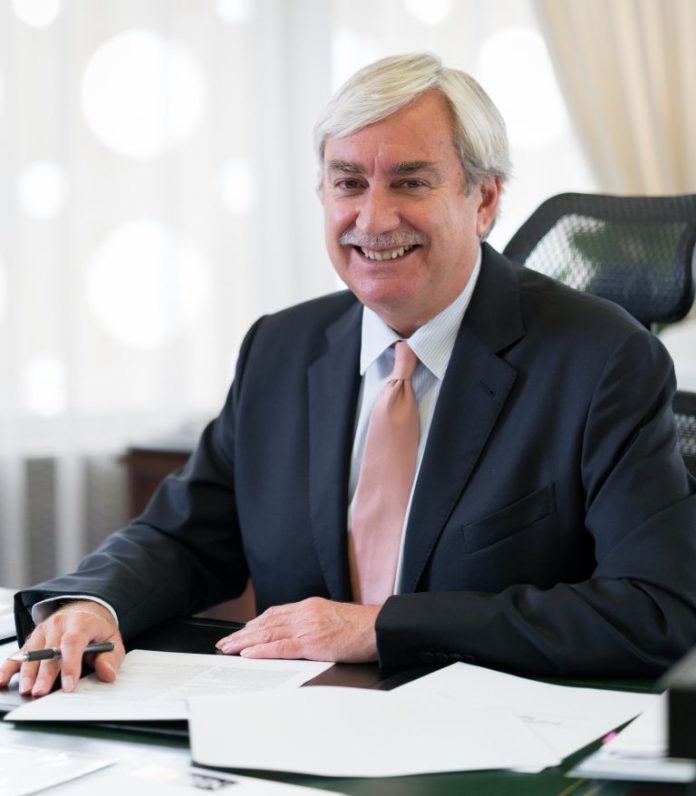 The Rotary Club of Manama (RCM), which was established in 1965 and is the oldest of this international charity’s branches in the Kingdom of Bahrain, held a lunchtime meeting yesterday to discuss bringing in new members.

Past President Robert Timmers spoke eloquently of the need to bring “new blood” to the Club: “We would like to attract more active people who are keen to improve the lives of the underprivileged here in Bahrain and elsewhere and who are not afraid of putting their time where their mouth is,” he said.

“Over the last year we have been joined by more younger members and by many more women.  It is remarkable that our board of 11 members has seven female Rotarians on it, putting us men in a minority.  But there is always room for more and we should seek out those in leadership positions in their professions and who want to give back to their community,” he added.

The Club also honoured returning member Jean Christophe Durrand, the newly-appointed CEO of the National Bank of Bahrain, a former Adviser to the Government’s sovereign wealth fund, Mumtalakat, and the long-term CEO of the French Bank Paribas. Durrand has lived in Bahrain for almost three decades. He gave the club members a lively and amusing account of his life and times before and after he came to the island.

Bahrain International Circuit (BIC) continues its busy start for 2021 as it hosts the first Open Track Day of the new year on Saturday...
Read more
PR This Week

KBC Bank, a Belgium-based bank with operations across Europe, US and Asia Pacific, has chosen Finastra to help manage its transition through the upcoming...
Read more
PR This Week

Bahrain’s National Broadband Network (BNET), launched in October 2019 and responsible for providing broadband network services across the Kingdom of Bahrain, has opened its...
Read more

COVID-19 developments and precautionary measures aimed at mitigating the spread of the virus continue to be discussed at the periodical meetings held by the...
Inside Bahrain

The Ministry of Health Bahrain has started to provide COVID-19 vaccinations at your home, the first of its kind in the region. The service...
Sports This Week

Formula 1 announced that the 2021 FIA Formula One World Championship will open its season in Bahrain. This follows the postponement of the Australian...
PR This Week

The new 2021 Lexus IS was unveiled today by Ebrahim K. Kanoo via a unique and engaging virtual reveal at the Lexus showroom in...
iGA

In line with the Kingdom’s national efforts to limit the spread of infectious diseases, medical check-ups will be mandatory for employees in industrial and...
Spotlight