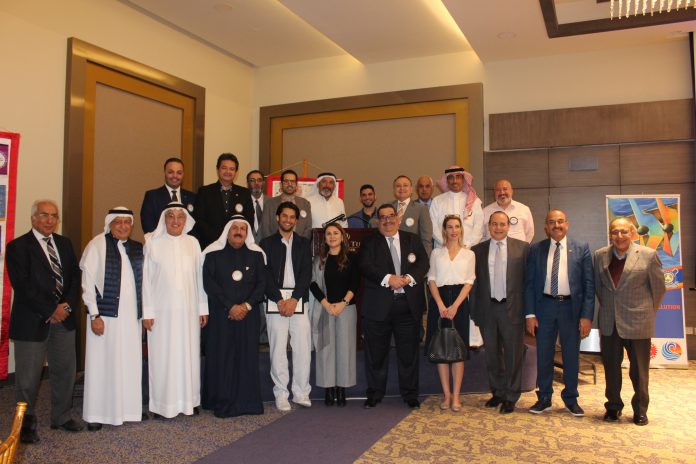 Rotary Club of Sulmaniya held a regular lunch on 2nd January 2019 at the Golden Tulip Hotel. Guest speaker was Mohamed Fakhro the Owner of Blu Steel films who spoke about his experiences making films in Bahrain. He exclusively premiered his latest movie, “Cloven” to the club members. The movie is based on the local Bahraini folklore “Um al Uhmar” which has been shown at international film festivals from New York to Paris, promoting local Bahraini culture to the world.

The National Taskforce for Combating the Coronavirus (COVID-19) held a press conference at the Crown Prince Centre for Training and Medical Research at the...
Management Principles

Director General of the International Organisation for Migration (IOM), Antonio Vitorino, praised the efforts made by the Kingdom of Bahrain to rectify the conditions...
iGA

INJAZ Bahrain has recently concluded the fifth edition of its annual program, “INJAZ Talk”. The virtual talks were held remotely through a series of...
Entrepreneurial Journey

The decade of 1995 gave a strange turn to my life. I describe that period with the borrowed title of a movie- The good,...
Sports This Week