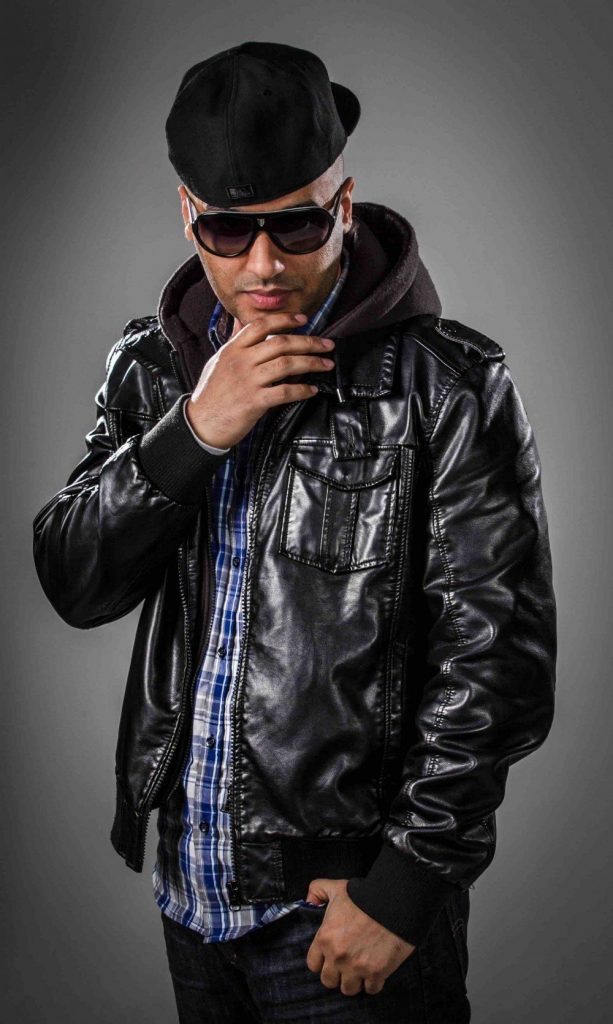 SAMBOOSA! Sounds as good as it tastes

by Outlaw productions from Bahrain!!

Dj Outlaw, AKA Mohammed Hasan- the founding member of Outlaw Productions creative studio, born and raised in the Kingdom of Bahrain, is fascinated by the hip hop movement from a very early age. His musical career started back in ’97, when he began as an independent Dj. However, unlike the few other times, Outlaw refused to limit his career to merely Djing at parties. As his understanding and thirst for the art form grew, so did his talent; this began to become apparent in ’99, when he managed to start his own music production studio at home. Up until this day, Outlaw has all his efforts set on digging for fresh, youthful talented individuals who have the same passion for hip hop allowing him to be one of the only individuals in the region that offers both, proper equipment to work with as well as the right environment for Hip Hop break-through to begin.

After being signed to music distribution company “UrFilez”, Outlaw has released his debut studio album, “History in the Making” in 2009, featuring many local and international artists combined. This album portrays the idea of the Middle East meeting with the West, forming a huge unity under one album which is a mere microcosm of the general goal, Dj Outlaw strives to achieve. It is the first within-region album to be distributed in musical outlets across the country as well as being sold on all digital distribution companies, including iTunes and Amazon.

As a producer, his biggest production projects like “Bahrain Unite” featuring a number of Bahraini artists and musicians, and “Arab World Unite” featuring seven artists from all over the Arab World, was released in the album of Saudi hiphop artist “Qusai”. Both tracks made a huge buzz in the region that grabbed international media attention including BBC World and Rolling Stones ME magazine, to name a few.

“Samboosa” is the latest hit that was produced by outlaw productions sung by Daffy from Kuwait, it got massive attention and went viral!

Bahrain This Week chilled with Dj Outlaw, just so we could get to know him and his music even better..

I started out DJ-ing back in 1997, but at some point it felt like that wasn’t enough for me. I wanted to make music my career and take it to the next level. So, I started Outlaw productions in 2003 from my bedroom, and that’s when I took music production seriously.

I grew up listening to Tupac and The Outlawz, and I was a huge fan! That’s where I got the name from. Throughout the years I’ve been blessed to have been able to work with The Outlawz on multiple projects!

The passion for music! It pushed me to work hard and pave my own way to get to the goal of putting Bahrain on the hip hop map.

A star isn’t created overnight. It takes a whole lot of work, and I’ve been working with all my artists closely to help put them out there and get them ready for the industry.

As a Bahraini do you feel being a Dj and a song producer is accepted in the country?

When I first started out, it was difficult because of the way society sees it. I’ve been noticing positive changes though and it’s becoming more accepted. There’s still a long way to go to shift society’s perspective from looking at arts as just a hobby to accepting them as full time careers.

I would say The Next Episode for Dr.Dre

It’s tough to pick a favorite track, but I do have a couple of favorite albums, the main one being “Dangerous” by Michael Jackson. It’s one of the first English albums I’ve ever heard, and it inspired me to get into music!

Ironically, I’m not much of a party-goer! I spend most of my time in the studio, and as far as chilling goes, I spend that time with the family.

There is a scene, but not quite an industry yet. Bahrain has a whole lot of talent, but unfortunately there aren’t many artists that are really going for it and putting themselves out there. It’ll take time for the scene to grow into an industry, but it has come a long way over the past few years!

Of course! It’s a tough business, let alone in this part of the world. Despite all the difficulties, it’s been an amazing journey so far. Every obstacle taught me a lesson! One of my biggest difficulties faced by me was that there wasn’t anyone before me for me to learn from, so I had to make the mistakes and learn from them myself, and I’m still learning every day.

Daffy came down to Bahrain, and we were in the studio thinking of the next project. He came up with the idea of Samboosa, and we put it straight to work. We wanted to put out something that would be fun and relatable to the listeners in the form of a high quality production.

It took about a few months. The execution of the video alone took a while because of how big the production was! By “Samboosa” Daffy is referring to the girl he likes in the song, and he wants to give her a nickname so he calls her Samboosa! It’s something everyone in the region knows, so the title would definitely catch on.

The Djs in Bahrain have lots of potential and most among them are the talented ones.

I’ve got my hands full working on several albums and projects for my artists at the moment. Next year should be big for Outlaw Productions! Ahead in the future, the team and I have plans for bigger projects, shows, and releases.

It depends on the song itself, the artists involved as well as other factors. Sometimes it would be done in no time, and other times it takes a while!

Invest in your career, because no one else will! Put in the hours, money, and energy into mastering your craft. Others won’t take you seriously unless you take yourself seriously. It’s not an easy business. You have to be willing to give it everything.

INJAZ Bahrain has recently launched a series of programs online, in response to the outbreak of the novel coronavirus in Bahrain. The online programs,...
Read more
Inside Bahrain

Dr. Muhammad Shaban, Head of Health programs & Policies of the Supreme Council of health and member of the national team to address the...
© GO ALIVE MEDIA
MORE STORIES