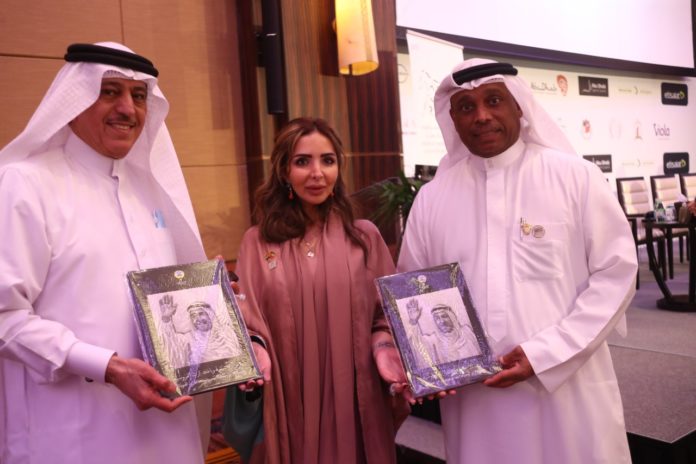 The Bahraini representatives expressed their gratitude for the prominent efforts being exerted by Shaikha Sara Fahad Al Subah. Meanwhile, the meeting discussed ways of collaboration with Kuwait in rehabilitating kids suffering from autism in light of the many benefits accomplished by BREEF after signing agreements with UAE and Jordan in this context, and Shaikha Sara welcomed such an opportunity.

The event also explored supporting the participation in equestrian events among BREEF and the Arabian Horse Centre in Kuwait and facilitating transferring horses as per the regulations of both states.

Meanwhile, Shakha Sara gifted Dr Khalid and Mr Tawfiq a book documenting the support and interest of the late Shaikh Subah Al Ahmed Al Jaber Al Subah in equestrian sports and his keenness to preserve them.

Elsewhere, the participants at Mansour bin Zayed Horse Festival welcomed the suggestion provided by Dr Khalid Ahmed Hassan to form a Women’s Federation to follow the equestrian events. They expressed their interest in studying the suggestion in light of its importance and encourage women to participate in such events.