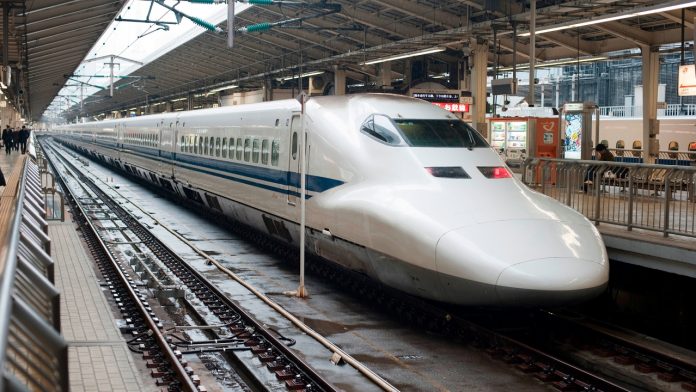 The inauguration ceremony was attended by Prince Khaled Al-Faisal, adviser to the king and governor of Makkah, along with senior officials and dignitaries.

The ceremony concluded with the king taking the train to Madinah. The train was captained by a Saudi national driver, Abdullah Al-Ahmadi.

Minister of transport, Dr. Nabil Al-Amoudi, delivered a speech saying that the Kingdom had always been proud of serving pilgrims. “The two holy places are now closer than ever,” he said.

He added that King Salman and Crown Prince Mohammed bin Salman had directed the implementation of comprehensive work plans for the transport industry in the Kingdom. He said that the leadership had supported the project to overcome all obstacles so that it could meet the growth in the number of pilgrims and visitors to the two holy places of Makkah and Madinah.

The Haramain High-Speed Railway project is in line with the objective of Vision 2030, the main goal of which is to increase the number of pilgrims and visitors to the holy places, he said. Transport is a main pillar of the national economy and a key driver of the economic renaissance that will take place under Saudi Arabia’s Vision 2030 strategy.

Rumaih Al-Rumaih, chairman of the Public Transport Authority (PTA) and acting president of the Saudi Railways Organization (SRO), said that supervision of the project had ensured the operational efficiency of the project and all facilities were of the highest quality. “We were keen to introduce a trustworthy project that reflects the Kingdom’s care for pilgrims and visitors of holy sites, as well as the citizens and residents of Saudi Arabia,” he said.

Al-Rumaih added that despite the technical and topographical challenges encountered during the project, the Al-Haramain train was one of the great achievements for the service of pilgrims and Umrah performers.

Al-Rumaih told  that the train can annually transport 60 million passengers onboard a fleet of 35 trains, each one consisting of 417 seats. The trains are equipped with the latest technology to ensure comfort and safety.