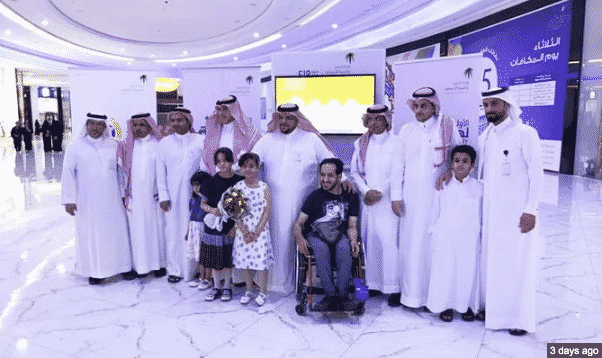 The Saudi Ministry of Labor and Social Development has launched its latest pioneering initiative, “Priority For Them.” A move to aid accessibility to government services and departments for people with special needs.

It will target four segments of society — the elderly, disabled, pregnant women and new mothers. Granting them priority in waiting areas and queues, ensuring a better delivery of service wherever they go.

The initiative is being widely publicized through social media. Having already gone viral on Twitter, it comes as part of the ministry’s social initiatives program “Building and Empowering.”

AIM OF THE PROGRAM

”Priority For Them is a community awareness initiative that does not require significant financial resources to implement it. It aims at giving priority to the elderly, those with disabilities, pregnant women, and those carrying a baby, enabling them to cross the crowded paths, sit in waiting areas, and to obtain requested services as soon as possible,” Nourah Fahad Al-Jebali, Ministry consultant.

According to figures from the General Authority of Statistics in 2018, the plans could provide fast-tracks for over 5 million Saudi citizens.

The initiative comes in line with the National Transformation Program (NTP), and as part of the Vision 2030 objectives to enhance and develop all social services provided in the Kingdom. The ministry has pledged to raise public awareness of people’s rights, as well as implement new ones for those considered more vulnerable.

The governor of Al-Baha, Dr. Hussam bin Saud, launched the “Priority For Them” initiative and also signed several strategic partnerships and hiring agreements for disabled citizens as part of the program.

The expected impact of this initiative is to facilitate transactions and, thus, increase the quality of services provided to achieve community integration. Empowering people with disabilities leads us to a comprehensive and harmonious society in which people with needs are productive and stable. Initiatives reinforcing community values were, she added, essential in order to influence upcoming generations standards of etiquette and charity.