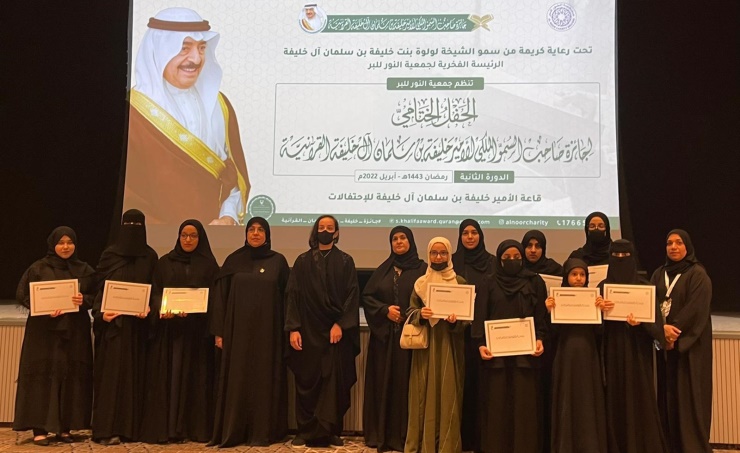 Addressing the ceremony, HH Shaikha Lulwa bint Khalifa said that the award is organised to commemorate the dedicated efforts exerted by the late HRH Prince Khalifa bin Salman to advance the nation.

She expressed thanks to the participants for their keenness to memorise the holy Quran, calling for the need to promote the lofty values embedded in the Islamic religion, including tolerance, love, peace, good morals, mercy, justice, peaceful co-existence and rejection of extremism and terrorism.

She paid tribute to the late HRH Prince Khalifa bin Salman Al Khalifa, noting that as many as 680 male and female participants took part in the second edition.

She asserted that following the success of the first two editions, HH Shaikha Lulwa had given directives to develop the award so as to include participants from the Gulf Cooperation Council (GCC) countries starting from the third edition, given the supportive stances of the late HRH Prince Khalifa towards the GCC.

After that, Shaikha Aisha bint Rashid honoured, on behalf of HH Shaikha Lulwa bint Khalifa, members of the jury and the winning participants.