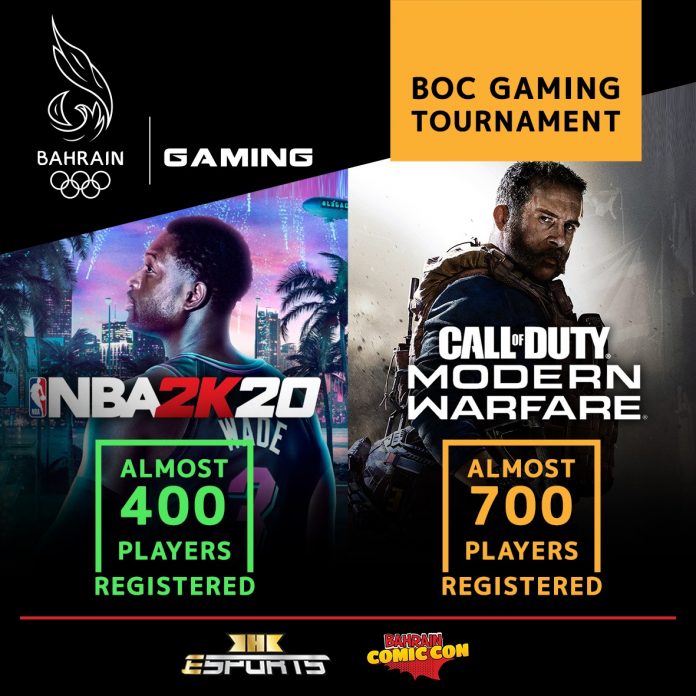 Under the initiative of His Highness Sheikh Khaled bin Hamad Al Khalifa, the Bahrain Olympic Committee Championship for electronic games in association with KHK eSports and Bahrain Comic Con, the second eGaming tournament has proven to be a huge success among the nation of eGamers.

Citizens and residents have the opportunity to compete in both NBA 2K20 and Call of Duty: Modern Warfare tournaments from home whilst the country supports the Government’s precautionary measures against the spread of Coronavirus (COVID-19) by having almost 700 players registered for the Call of Duty: Modern Warfare tournament and close to 400 players registered for the NBA 2K20 tournament.

National Team Players and the National Club Players that have signed up are as follows:

The fastest-growing MMA organization in the world is set to take the world of boxing by storm. BRAVE Combat Federation has announced that, in...
Read more

With restrictions around the world beginning to ease, it is important to check the validity of your passport in case you need to make...
Read more
Wheels and Gears

Al Haddad Motors have recently handed over a fleet of Mercedes-Benz Certified Pre-Owned Trucks to Ameenco at the Mercedes-Benz Customer Service Centre located in...
Entrepreneurial Journey

Google is expanding the ways you can make video calls on smart displays powered by Google Assistant with new support for group calling in...
Inside Bahrain

His Excellency the Minister of Transportation and Telecommunications and Bahrain Airport Company (BAC) Chairman, Eng. Kamal bin Ahmed Mohammed paid an inspection visit to...
Inside Bahrain

Bahrain's National Space Science Agency (NSSA) has clinched first place in a training programme, entitled “Advanced Geoinformatics”, organised by the University of Twente, the...
Inside Bahrain