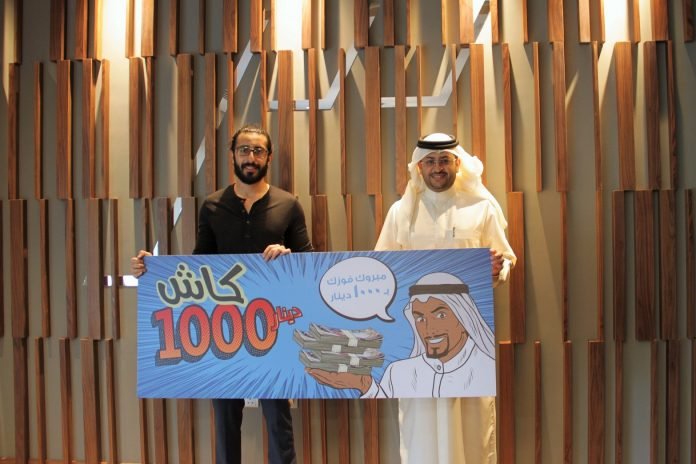 Seef Mall, the leading family shopping and entertainment destination in the Kingdom of Bahrain, recently announced the December winners of its “Shop Daily Win Weekly BD1,000 Cash” campaign, following the draw that took place in the presence of Seef Mall’s management and a representative from the Ministry of Industry, Commerce and Tourism.

The “Shop Daily Win Weekly BD1,000 Cash” campaign, which kicked off last June 2018 across Seef Mall, Seef District and Muharraq; provided shoppers with unparalleled opportunities to enter raffle draws and win BD 1,000 in cash each week for spending an accumulative amount of BD20 or more. The crowd-pleasing campaign was a monumental success, instilling excitement and joy in visitors, and effectively driving in increased footfall into both Malls.

“We were truly thrilled to witness such active participation and receive such positive feedback from our valued customers at Seef Mall – Seef District and Muharraq. I would like to congratulate all the lucky winners throughout 2018 and thank all our shoppers who participated for their contributions in making this campaign a success,” said the Chief Executive Officer of Seef Properties, Mr. Ahmed Yusuf.

“In light of our continual aim to provide a differentiated and entertaining experience for all our visitors, we are constantly seeking new activities and campaigns to delight our visitors, and cement our reputation as the destination family mall in the Kingdom. As we embark on a New Year, we look forward with excitement to hosting additional unique campaigns in the future,” he added.

Seef Mall Seef District has been the leading premier shopping hub and entertainment destination in the Kingdom of Bahrain since 1997 whereas Seef Mall Muharraq, which opened in 2015, has established itself as one of the most popular malls in the Kingdom. Both malls continue to attract a large number of visitors from neighbouring GCC countries through its diverse selection of international brands, variety of restaurants, and wide range of entertainment facilities for adults and children to enjoy.