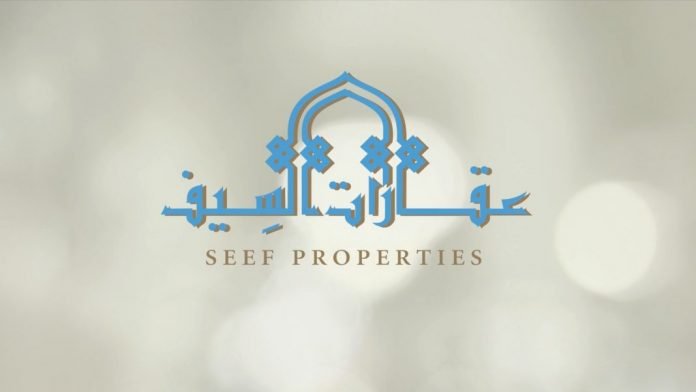 Seef Properties Reports an Increase of 12.2% in Net Profit

Seef Properties, the leading integrated development company in the Kingdom of Bahrain, announced its financial results for the year ended on 31 December 2016 with a net profit totaling BD11.04 Million. The results were announced during a meeting held on February 21st 2017, headed by Chairman Mr Essa Najibi. The Board of Directors also decided to recommend to the General Assembly to distribute a cash dividend of 14%, equivalent to BD 6.44 million at BD 0.014 per share.

Commenting on the financial results, Chairman of Seef Properties Mr Essa Najibi said: “We are happy to report another profitable year after achieving positive results in 2016. Revenues across all segments have increased during the year which resulted in an increase in the overall operating profit.”

“2016 also witnessed Seef Properties announcing two strategic decisions; the acquisition of the shares of Haykala Investment Company W.L.L. in the Muharraq Mall Company. The acquisition of 22.5% shares increased Seef Properties overall ownership to 72.50%. Also during Q4, we announced the launch of a new real estate company to develop a mixed-use project estimated at BD40 Million. Both decisions aim to drive the medium and long-term return on investment for shareholders as well as to further reinforce the company’s investment portfolio,” he said.

“We are confident about our future growth and development and maintaining our strong financial results as we focus on increasing investments across future projects that will further strengthen our portfolio. We aim to offer superior products and services based on the highest international quality standards to the public,” said Mr Najibi.

Commenting on the 2016 achievements, Seef Properties CEO, Mr Ahmed Yusuf, stressed that the results are the culmination of the dedication and efforts exerted by the management team and employees.

“We have witnessed a great year, and on behalf of the Board of Directors, I would like to thank the team. The progress would not have been possible without the work of our dedicated team,” he said.

“The financial results posted in 2016 bring us closer the implementation of our strategic objectives which is to create added and sustainable value through safe and lucrative investments based on corporate governance across all our investments and our business activities.  Seef Properties has adopted a long-term growth strategy based on the expansion and diversification of its investment portfolio in order to achieve competitive advantage and high returns,” added Mr Yusuf.

Headquartered in the Kingdom of Bahrain, Seef was launched in 1999. It is a publicly listed company with over 450 assets across Bahrain.

BRAVE Combat Federation returns to the Kingdom of Bahrain, for the second consecutive week with BRAVE CF 42, on September 24th. The promotion released the full...
Inside Arabia