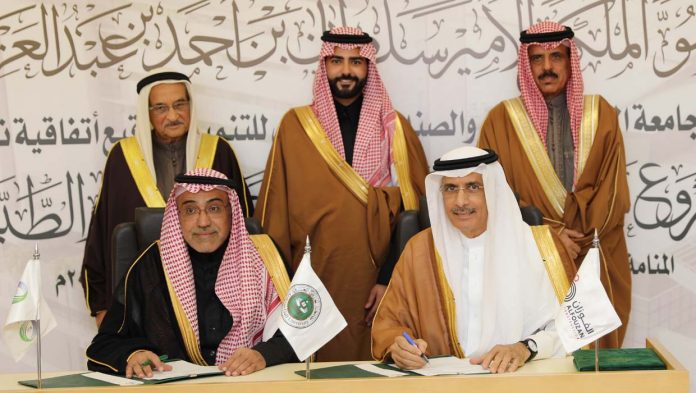 Under the Patronage of the Ambassador of the Kingdom of Saudi Arabia to the Kingdom of Bahrain His Royal Highness Prince Sultan bin Ahmed bin Abdulaziz Al Saud, a special ceremony was held on Wednesday at the Arabian Gulf University (AGU). Marking the signing of the agreement to finance the construction of the King Abdullah bin Abdulaziz Medical City Hospital.

This agreement comes to announce the start of the actual phase of building the city. They chose Al Fouzan Contracting Company to implement the King Abdullah bin Abdulaziz Medical City project. The contract has set a period of 30 months to implement the project from the date of its signing. Tthe estimated period for the Medical City Hospital to be operational is by the beginning of the year 2022.

On the occasion, Dr Al Nuaimi stated that the establishment of the King Abdullah bin Abdulaziz Medical City project in the Kingdom of Bahrain comes as to continue the success achieved by AGU. Noting that this advanced educational medical city will constitute a qualitative addition to AGU’s facilities. The services it’ll provide will be numerous. Adding that the Kingdom of Bahrain will spare no effort to provide everything that would advance this great project.

For his part, Dr Al Ohaly asserted that the signing of the agreement and the construction of the City reflects a strategic vision. The joint cooperation between the Kingdom of Saudi Arabia and the Kingdom of Bahrain.

At the same time, AGU President expressed thanks and appreciation to the Custodian of the Two Holy Mosques King Salman bin Abdulaziz Al Saud. Thanks for the care and support provided by the Saudi government to the university. And thanks to financing the medical city project through SFD. Dr Al Ohaly extends his thanks and appreciation to His Majesty King Hamad bin Isa Al Khalifa. His generous patronage of the university and for hosting AGU in the Kingdom of Bahrain. Thanks to him for donating land to construct the medical city project on.

It’s worth mentioning that the King Abdullah bin Abdulaziz Medical City was directed to be established by the late Custodian of the Two Holy Mosques King Abdullah bin Abdulaziz Al Saud. A donation of SR1 billion to fund the project. An allocation of a million square-meter land for the project in the Southern Governorate. As per the instructions of His Majesty King Hamad bin Isa Al Khalifa. 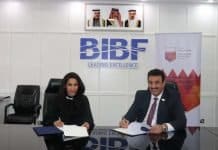 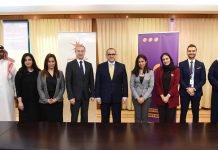