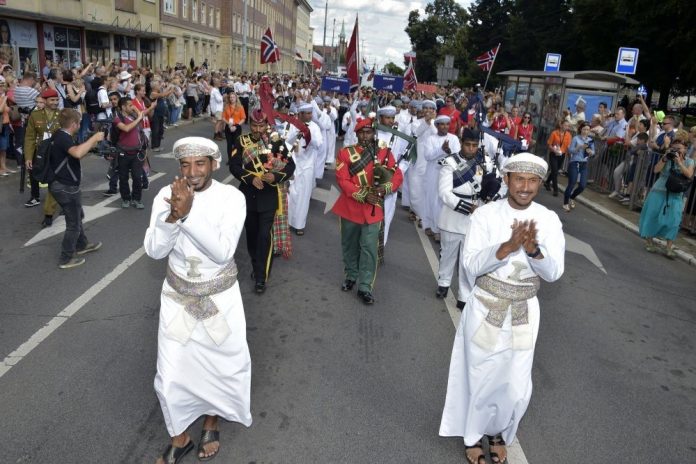 Senior state officials hailed the victory of the Royal Navy of Oman Vessel (RNOV) Shabab Oman II in the Long Sail Vessels Regatta in the Baltic Sea, in which 104 ships participated.

Royal Navy of Oman’s Shabab Oman II won the International Friendship Cup for Long Sailing Ship of the Year 2017 in the Polish city of Szczecin.

The award is granted to the vessel, which excels in showing the meanings of friendship, love and understanding among all participating ship crews.

The vote for this award is made by the captains and crews of the participating 104 vessels. The crew of the ship expressed their overwhelming joy and happiness in winning the 2017 International Friendship Cup, the result of the strenuous efforts made by the crew on this voyage

“Friendship and Peace Sail”. Lt.-Commander Ali bin Mohammed Al Hosani, Captain of Shabab Oman II said on this occasion, “This is the first achievement of Shabab Oman II, which is an extension of the achievements of the previous Shabab Oman vessel. This is due to the efforts of the ship’s crew and trainees and their cooperation, as well as showing values of love and cooperation with other ships’ crews. The crew of the ship has the honour to present this victory to His Majesty Sultan Qaboos bin Said, Supreme Commander of the Armed Forces, and all personnel of the Sultan’s Armed Forces and the Omani people”.