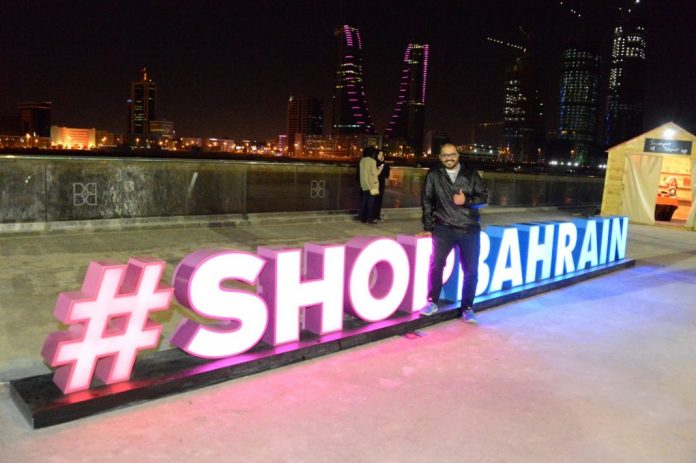 The winners were chosen electronically from the list of the registered shoppers in the Festival’s loyalty system spending 10 BD or more. The raffle draw was held at the headquarters of the Ministry of Industry, Commerce and Tourism in the presence of Shop Bahrain representatives. It is the second in a series of four raffle draws to be held every Sunday until the 19th of February, 2017.

“We congratulate the winners of the second raffle draw and encourage mall visitors to shop during the Festival to increase their chances of winning one of the 6 remaining cars,” said Shop Bahrain Director, Yousif Al Khan.

“We are delighted to see the large number of interaction that this edition of the Festival received and we expect more demand in the upcoming weeks,” he added.

Shop Bahrain aims to revitalize the tourism and retail sectors by hosting a number of entertaining activities and weekly raffle draws that include 12 cars, airline tickets, and over 25,000 valuable prizes. Shoppers and visitors can learn more about “Shop Bahrain” through the website: www.shopbahrain.com or through the account @shopbahrain on the social networking channels Facebook, Twitter, Instagram and YouTube. The Festival organizers have also launched a dedicated whatsapp channel on 38999111.

The National Health Regulatory Authority has approved the emergency use of Covishield, the Covid-19 vaccine produced by AstraZeneka in cooperation with the University of...
Read more

To continue expanding its reach with the wider community, stc Bahrain, a world-class digital enabler, has partnered with Thai Mart, the only complete Thai...
Inside Bahrain

His Majesty King Hamad bin Isa Al-Khalifa sent a cable of congratulations to the President of the United States of America Joe Biden on...
PR This Week

If you are guarantor citizen for employees, residents with no guarantor or Bahrain visitor, you may extend the visa with eVisa range of services...
PR This Week

Under Armour, has officially opened its very first brand house in the Kingdom of Bahrain. The new store is located in the premier shopping...
Spotlight

K.G. Baburajan has played a pivotal role in the development of the Kingdom of Bahrain for the past four decades. Starting with Saudi-Bahrain Causeway,...
PR This Week

Held in cooperation with the Ministry of Works, Municipalities Affairs and Urban Planning, the Bahrain Authority for Culture and Antiquities concluded its “Bench in...
PR This Week