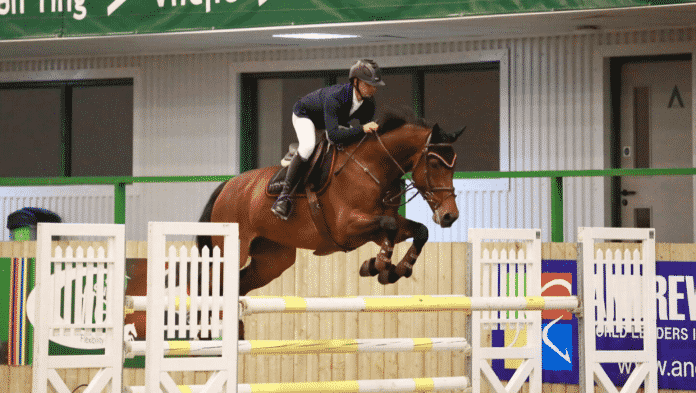 Bahraini showjumper Kumail Al Malah bagged second place in the Moores Equestrian British showjumping championship which featured a long list of participants from all around the world. The event included 115-120 cm obstacles and Al Malah made a flawless run to second place, although he occupied the lead for a long period until he was detached by the eventual winner who was the last one to take the field.

The Bahraini athlete’s performance was witnessed and followed by fellow trainer Sayed Adnan Al Alawi and representatives from AA Equesty Services company. His participation in the event came as part of his preparations for the up-coming Winter Class Grand Prix.

Al Malah expressed his pride at this achievement, thanking HH Shaikh Nasser bin Hamad Al Khalifa, Representative of HM the King for Charity Works, the National Security Advisor and President of the Supreme Council of Youth and Sports for his constant support and follow-up. He also underlined his ambition to convert HH Shaikh Nasser’s vision for claiming top honours in international events into a reality.

Medpoint Design and Events Management is hosting the first of its kind Global Women’s Virtual Fashion Forum & Show which will highlight topics that...
Sports This Week