Finding Contacts is Easy with the Government Directory App!

Getting in touch with government officials, even...
CultureInside BahrainSimsir holds on to win thrilling Bahrain International Trophy 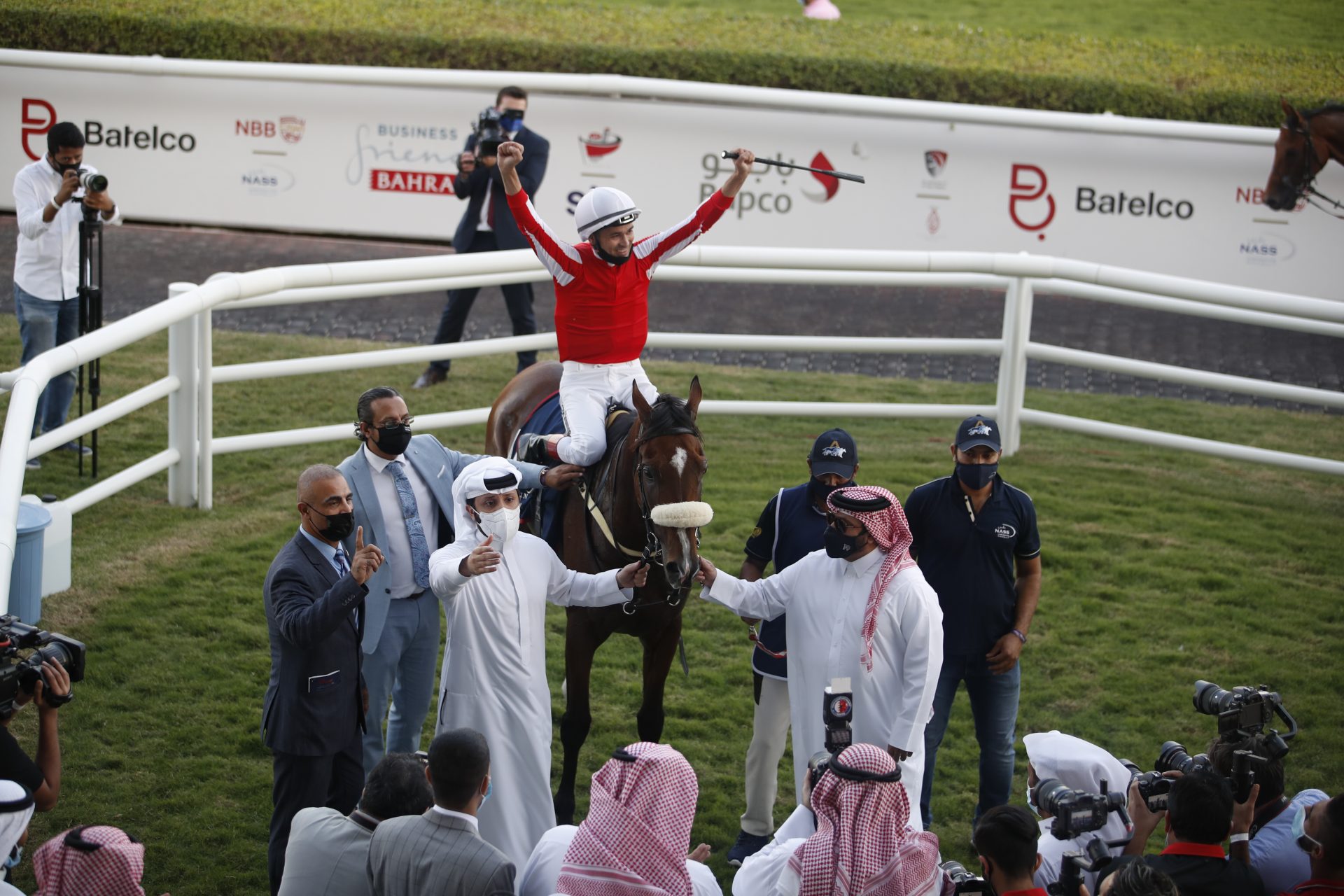 The locally trained SIMSIR held off the fast finishing GLOBAL GIANT and SOVEREIGN to claim the second ever running of Bahrain’s feature £500,000 International race at Sakhir Racecourse.

Simsir, who is trained by Fawzi Nass in the stables next to Sakhir racecourse, and was ridden today by Scotsman Lee Newman, was having his first run in Bahrain after being bought out of Michael Halford’s yard in the Autumn.

Global Giant under Frankie Dettori just failed to reel in the winner in the last furlong and in doing so just failed to land the race for HH Shaikh Isa bin Salman Al Khalifa and John Gosden. 2019 Irish Derby hero Sovereign (Aidan O’Brien/Ryan Moore) also rallied late but the son of Zoffany just held on under an inspired ride from Newman.

Fawzi Nass also ran the better-fancied PORT LIONS but he finished fourth. Nass was thrilled to win the £500,000 contest for Victorious Racing and was quick to praise his jockey.

Nass said: “To win such an amazing race is an absolute thrill. He has done it so bravely. Mick Halford always assured me that he likes it firm and he was right. For me, it was the jockey’s race. I thought he committed early in the straight, but he proved me wrong!”

Lee Newman who was Champion Apprentice in the UK in 2000, broke his back and his neck in a career that has spanned across the globe was very appreciative of getting the call up from Fawzi Nass.

Newman said: “I took the bull by the horns at the five-furlong pole and kicked on from there. It’s track that you can do that at if your horse is a galloper and he is that. It is down to Fawzi for putting his trust in me as he could have asked any jockey from anywhere in the world, but he asked me. I am delighted.”

Deirdre who was making her final start under Hollie Doyle could only finish 8th.