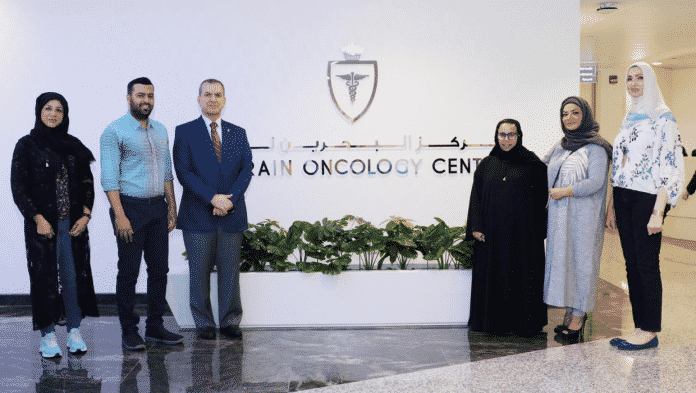 “Smile” initiative of the Future Youth Association, which provides psychosocial support to children with cancer and to their parents, organized a visit to Bahrain Cancer Center, as it took a look into the Center’s diagnostic and therapeutic services for children and adults.

The center’s volunteers were welcomed by Dr. Elias Fadhel and a number of medical and administrative staff who took the initiative’s volunteers to some of the center sections, which covers an area of 38 thousand square meters and contains 120 beds. They took a look into some of the most advanced diagnostic and therapeutic equipments, and met a number of highly qualified medical personnel within the center.

In particular, the volunteers were briefed on the details of a specialized pediatric cancer center within the center, which is planned to be ready in the second half of this year. The cooperation in providing psychological support services for children with cancer was also discussed.

In a related context, Dr. Elias Fadhel presented an explanation of some of the projects carried out by Bahrain Cancer Center, including the work this year on the implementation of a campaign to raise awareness of colon cancer through the examination of 150 thousand people of both sexes for early detection, as well as a campaign for breast cancer, which has a rate of 40% in the Kingdom. And that will be through a specialized roving device that will be launched in one of the largest commercial complexes in the Kingdom to facilitate the examination of women. In addition to other projects, including the use of solar energy to provide electricity at the center by 40%.

CEO of Future Youth Association Mr. Sabah Abdul Rahman Al Zayani praised Bahrain Cancer Center as the first integrated medical center in the region to provide the treatment for cancer patients, as well as he pointed out the great interest shown by the Center’s staff during the visit, the good reception and hospitality, and the explanation they gave about the steps that have been completed. 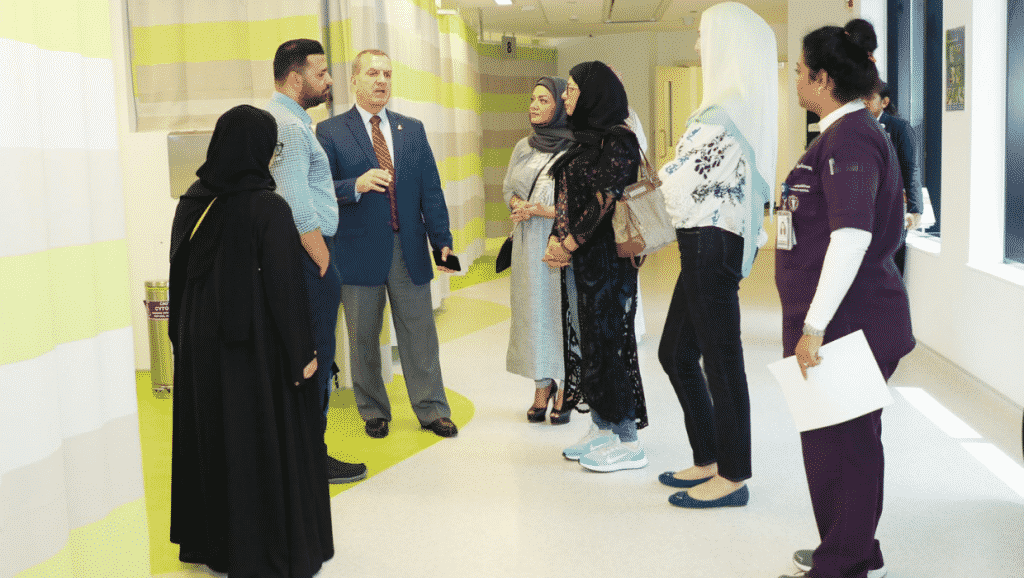 Al-Zayani also pointed out that all patients, including children, have the opportunity to receive integrated treatment and health services between their families and their families inside Bahrain itself. “Through our smile initiative to provide psychosocial support to children with cancer and to their families, we recognize the importance of the parents to stay with the sick kids to in rising their morale and helping them get through the difficult stages of the disease,” he said.

He added that the localization of the treatment of children with cancer in Bahrain allows the volunteers in the initiative to stay close to sick children, and enables the initiative to provide its services and programs for children such as “Abjad” educational program and “kid Hope” program more effectively and without interruption for long periods. He noted to the substantially reducing of the treatment cost due to the presence of this sophisticated center in Bahrain, which increases the ability of donors to help a greater number of patients, whether children or adults.

“Through our visits to many similar medical centers such as King Hussein Cancer Foundation in Jordan and the Children’s Cancer Hospital in Egypt, we assure that Bahrain Cancer Center is a very advanced scientific medical health facility. We all shall be to be proud of the Kingdom of Bahrain,” he ended.

stc Bahrain, a world-class digital enabler, is the first telecom operator in Bahrain to venture into Roadside Assistance and Home Assistance services, expanding its...
Spotlight