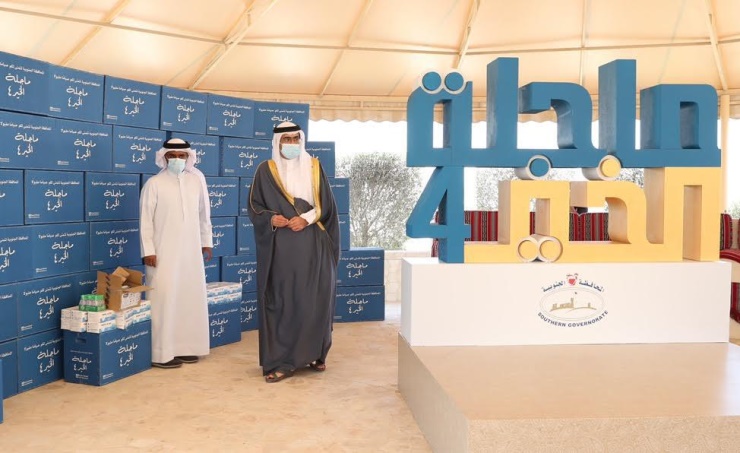 HH the Southern Governor pointed out the initiatives of social and awareness nature which reflect the efforts exerted to fight the coronavirus pandemic marking the advent of the Holy Month of Ramadan. He said that those initiatives aim to promote the principle of community partnership within the framework of the Islamic teachings and precepts. He praised social solidarity as an appreciated approach, stressing the Southern Governorate’s determination to continue backing the national efforts to combat the coronavirus by adopting exceptional initiatives aimed at serving citizens.

It is worth noting that the initiative was launched in 2018 as a humanitarian and social project being carried out throughout the Southern Governorate before the Holy Month of Ramadan.