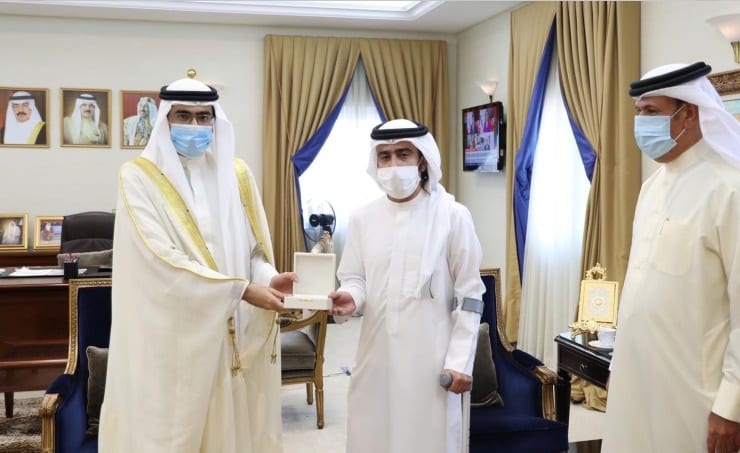 Southern Governor His Highness Shaikh Khalifa bin Ali bin Khalifa Al Khalifa received Head of the Civil Defence Centre in Riffa, Captain Walid Al Dhawadi, and citizen Fahad Toug Al-Buainin. He thanked them for their noble act in rescuing a family whose house caught fire in Al Buhair. He honoured them for their efforts which embody the good qualities of citizens in the Southern Governorate.

The Southern Governor praised the role of the Civil Defence personnel in protecting life and properties, lauding their security readiness which contributes to boosting social awareness. He stressed keenness of the Southern Governorate on cooperation with the General Directorate of Civil Defence to promote community partnership. He also emphasised support to the family whose house caught fire, directing the Directorate of Programmes and Social Affairs to take the necessary measures in this regard.

For their part, Captain Walid Al Dhawadi and citizen Fahad Toug Al-Buainin expressed thanks and respect to HH the Southern Governor for his kind gesture which reflects keenness to reach out to the security officers and citizens to ensure people’s safety.