Under the patronage of the Honorary President...
CultureInside BahrainSouthern Governorate granted 2,000 medical masks 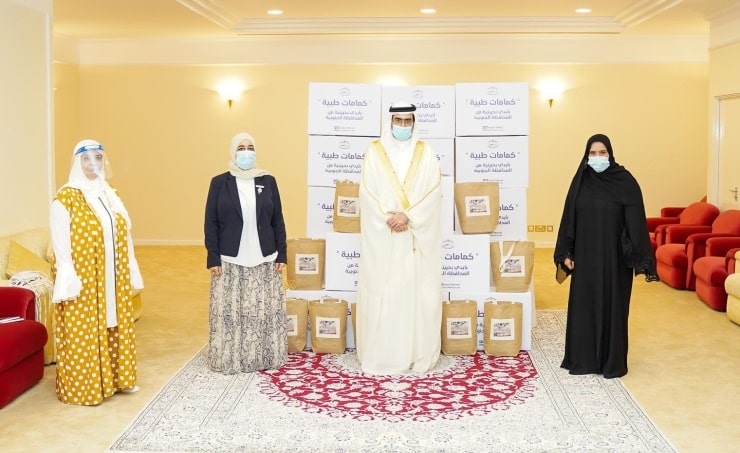 HH Shaikh Khalifa bin Ali stressed the role played by the Southern Governorate to coordinate with security authorities and various NGOs to raise awareness and adopt initiatives aimed at strengthening precautionary measures to limit the spread of the pandemic.

HH the Governor lauded the initiative that reflects the ongoing cooperation with the Bahrain Society for Women Development, noting that the medical masks were hand-made by productive families across the Southern Governorate.