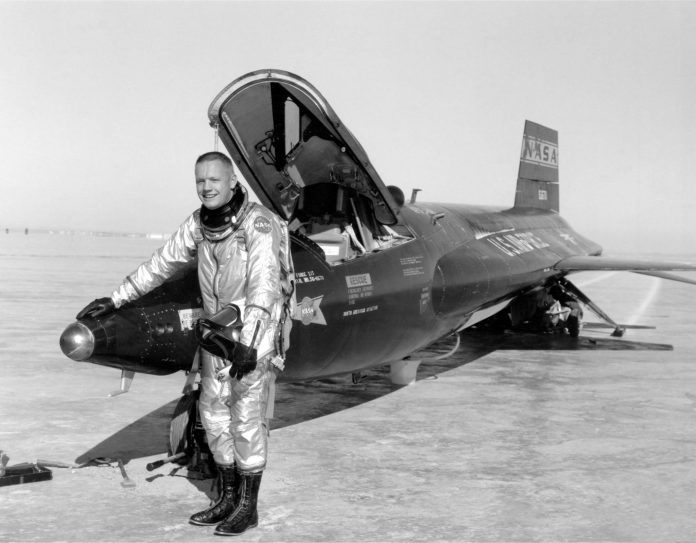 To most people, ‘space junk’ is a jumble of dead satellites that is cluttering up inner space near planet Earth. But a new kind of space junk was discovered recently by the widow of Neil Armstrong, the first man to walk on the moon.

When Armstrong, who died in 2012, transferred from the lunar lander, ‘Eagle’, to the orbiting spacecraft during the Apollo 11 mission, he carried with him “a bunch of trash in a bag that we want to take back”. Recently, Carol Armstrong was tidying up Neil’s closet, where she found the bag which contained some astoundingly historic items that hadn’t been seen for 45 years! 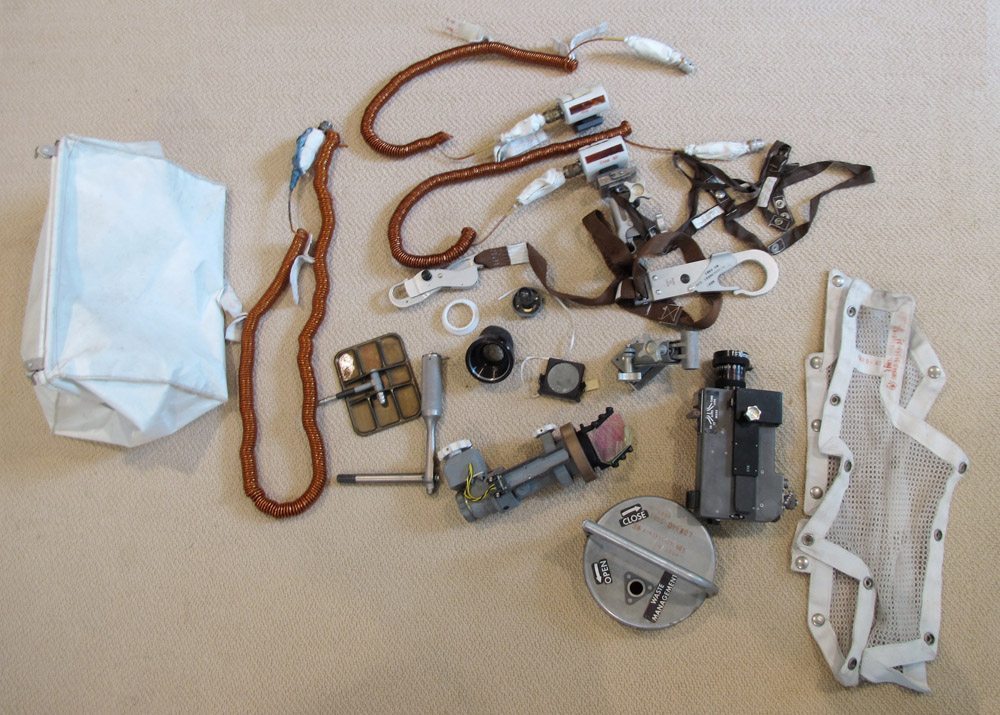 They included the ‘data acquisition movie camera’ that helped to record the first moon landing, a waist tether, light bulb assembly, helmet tie-down strap, netting, a mirror and an emergency wrench. The ‘Eagle’ lander was, of course, left behind and continued orbiting the moon for a while before it crashed onto the moon’s surface and was destroyed.

These items are now on display in an exhibition entitled, ‘Outside the Spacecraft: 50 years of Extra-Vehicular Activity’ at the National Air & Space Museum in Washington, DC. An even more astounding discovery was made recently by a tidy archivist, Karen Nelson, who was re-organizing boxes in a warehouse at the Lawrence Berkeley National Laboratory. She found 20 vials of real moon dust that had been brought back by the Apollo 11 astronauts. Lunar soil was distributed to over 150 laboratories worldwide for study. The dust in the vials had been studied but they should have been returned to NASA afterwards; instead, they were left to gather Earth dust for over 40 years.

In a further development, pieces of the rocket that propelled the Apollo 11 astronauts into space, were recently recovered from the sea bed in a project financed by Amazon CEO and space buff, Jeff Bezos. And, to cap it all, Buzz Aldrin’s space jammies, and a recording of Armstrong’s jumping heart beat as he first stepped onto the moon, were recently sold at an auction.

I’m sure that everyone over the age of 55 years remembers where they were when that first moon landing took place, as it was one of the most historic events in human history. I was a fourth-year university student and I huddled up with friends early in the morning next to a crackling old radio to hear the famous broadcast, “That’s one small step for a man, one huge leap for mankind”. The next morning the newspaper headlines screamed, ‘Man on Moon Today!’

The discovery of these real artifacts from that first lunar mission helps to remind us of that unforgettable occasion.

To some people, science is a belief system that clashes with their religion, whereas to others, it is an irrefutable set of facts handed...
Read more
bahrain science centre

Bahrain is bracing itself for another Grand Prix and speed is in the air. Fortunately the new traffic laws are forcing motorists to drive...
Read more

The right channels of communication between authorities and the public can greatly improve speed and excellence in delivery of services. A new channel of...
Read more
PR This Week

Arab Ministers of Social Affairs have praised the procedures taken by the Kingdom of Bahrain to handle the repercussions of coronavirus (COVID-19) pandemic in...
Entrepreneurial Journey