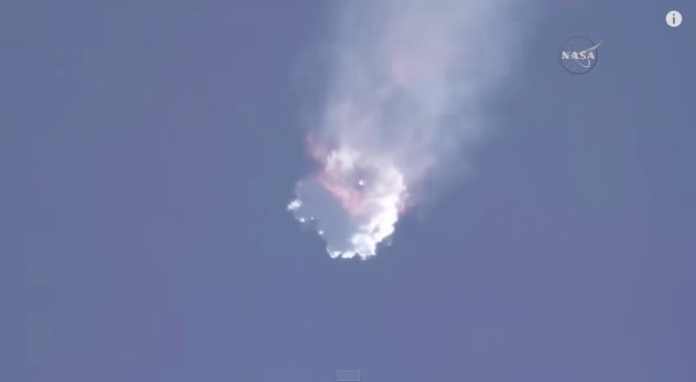 The privately held company today attempted to send its Falcon 9 rocket and Dragon spacecraft to the International Space Station to deliver cargo from the Kennedy Space Center in Cape Canaveral, Florida. But three minutes after launch, the rocket blew up. Just before a NASA press conference to talk about this CRS-7 mission, SpaceX founder and chief executive Elon Musk wrote on Twitter that there had been “an overpressure event in the upper stage liquid oxygen tank.”

For at least one reason, this is not good: An exploded rocket is a rocket that SpaceX can’t reuse — and that means the company has to spend money to build a new rocket. (Incidentally, today is Elon Musk’s 44th birthday.)

Two Microsoft HoloLens augmented-reality headsets were among the cargo headed up to the ISS, thanks to a new partnership between Microsoft and NASA. “@NASA we’re with you and ready to try again!” Microsoft chief executive Satya Nadella wrote in a tweet. Also on board were food, water, a docking system, a space suit, students’ research projects, and other equipment.

The Ebrahim K. Kanoo company has hosted the first ever INJAZ Bahrain Virtual Job Shadow event in Bahrain showcasing the different aspects of the...
Read more
PR This Week