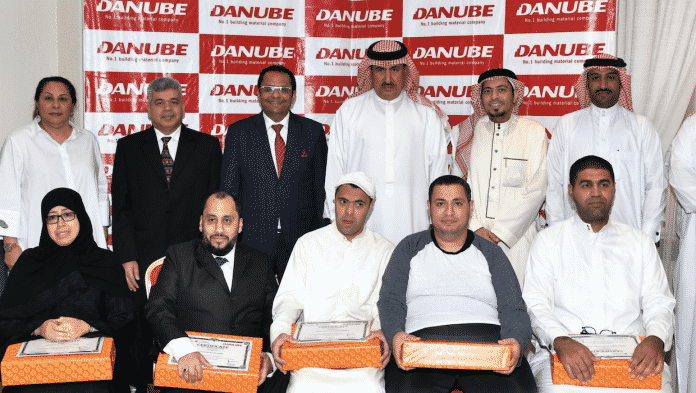 Undersecretary of the Ministry of Labour and Social Development, Mr. Sabah Salem Al Dosary, attended the ceremony organized by Danube Home , at the Ministry of Labour and Social Development premises to honour a number of Bahraini employees who joined the company since its inception in the Kingdom of Bahrain and completed ten years of exemplary service. In addition, a number of people who are differently challenged were honored.

At the outset of the ceremony, Mr. Al Dosary praised the company’s initiative to recognize and honour differently abled people, which serves as a model for citizens, who seek job and career stability as a ladder to professional advancement. It also reflects the peaceful work environment provided by the company Danube, which makes the employees dedicated in the performance of their tasks and assigned duties.

Mr. Al Dosary also praised the company’s commitment to its employees, stressing that the Ministry of Labour and Social Development supports the recruitment of persons with special needs, in various sectors, referring to the successful stories of this nature.

For his part, Danube Chairman Mr. Rizwan Sajan praised the Bahraini employment and excellence, where the experience in hiring Bahrainis has proven to be very rewarding for the employers. He pointed out that investment in the national component is an important factor in the stability and growth of the establishments that embrace these cadres with the support of the Ministry of Labour and Social Development of the private sector, by providing it with the needs of professionally qualified labour.

Then the Undersecretary of the Ministry of Labour and Social Development distributed certificates of appreciation to the awardees and wished them long-term career stability and professional advancement.

Zain Group, a leading mobile telecom innovator in eight markets across the Middle East and Africa, proudly announces its inclusion in The Valuable 500,...
Read more
Sports This Week

In the course of disease outbreaks, swift data sharing is critical as it allows for a better understanding of the origins and spread of...
iGA