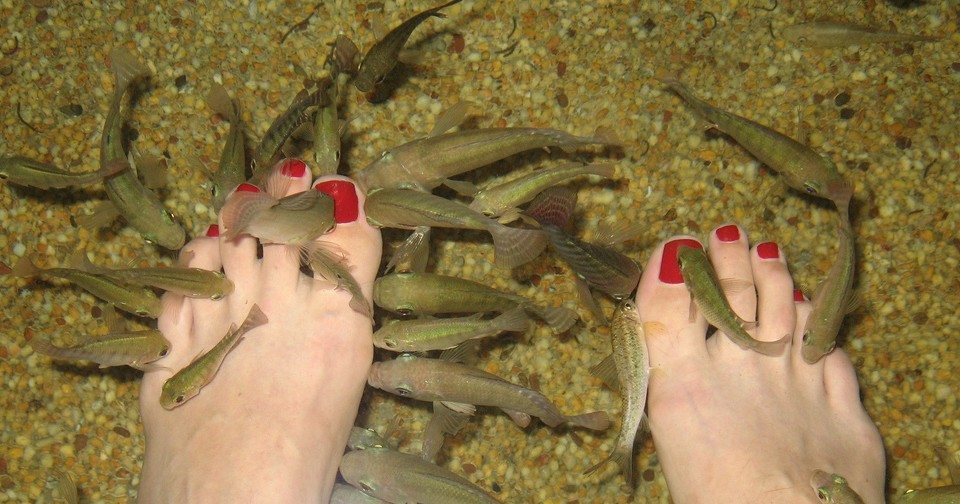 Fishes are the most diverse group of backboned animals, outnumbering all the frogs, reptiles, birds and mammals combined. They have also been associated with humans for a very long time. It is not surprising therefore that they have been used in a wide variety of ways by humans through the ages.

Ancient people, and moderns in central Africa and the South Pacific, use fish bones as needles and pins as well as hooks to catch other fishes. Fishes are a major, and very healthy, source of food for humans and we grind them up to make animal feed and to produce soil fertilizers, oils and medicines. They are used to monitor water quality and insecticide levels, control water weeds and mosquitoes and as test animals in research.

The slime from an Arabian marine catfish was recently found to have remarkable healing powers. In China fighting fishes are a harmless outlet for man’s aggressive instincts, and dried boxfishes are used as children’s rattles in south-east Asia. In the South Pacific the Gilbert Islanders used inflated and dried porcupine fish, bristling with spines, as war helmets and today they are sold in Africa and Europe as decorative lampshades or rain forecasters.

Fishes have provided endless inspiration for artists and sculptors and even for musicians, singers (especially calypso lyricists), writers, poets and playwrights. They are used in witchcraft and magic and as a source of poison. They adorn matchboxes and postage stamps from at least 150 countries.

In India and California eel skin is used to make wallets, Nile perch skin is used to make shoes and handbags in Uganda, and tethered remoras are released off West Africa to catch turtles. Shark skin leather is used to cover sword handles and as sand paper and shoe leather. In the western USA and Thailand the varnished backbones of sharks are used as walking sticks.

In the field of biomimcry, the skin of sharks has been used to design the sleek ‘skin’ of modern airplanes and a French engineer has invented a new type of ship’s propeller modeled on a bony fish’s tail. This ‘fin prop’ provides high thrust at low speed, operates efficiently in shallow water and is not fouled by water weeds!

But one of the most unusual uses of fishes is for cleaning people’s feet! The first ‘Dr Fish’ pedicure service in Bahrain opened at the Capital Centre in Juffair recently and I tried it out last week. The little fishes, called Garra rufa, originated in Turkey and are now used in spas throughout Asia and Europe, reaching the USA in 2008 and the UK in 2010.

You sit on a bench with your feet dangling in an aquarium. Soon the little fishes start nibbling at your skin, removing dead skin cells, calluses and bacteria. They are also reputed to rejuvenate the skin, reduce the effect of skin conditions such as eczema, psoriasis and dermatitis, and stimulate natural exfoliation, but I cannot vouch for all these benefits.

What I do know is that this latest partnership between fishes and people is very relaxing and therapeutic, and certainly does no harm. Try it!