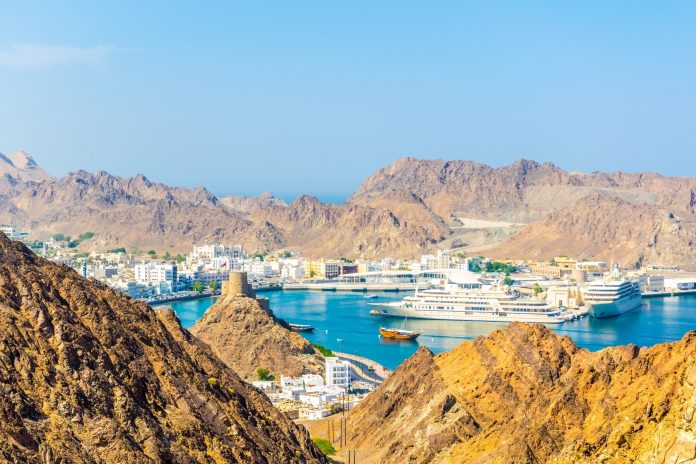 Oman’s GDP growth is expected to rise to 5.2% next year, aided by the introduction of natural gas production at the Khazzan gas field and the opening of the new airport in Muscat. This will mark the strongest rate of expansion since 2015 and, in turn, should filter down to help steady the country’s property market, according to leading international real estate consultancy, Cluttons.

The Cluttons Muscat Winter 2017/18 Property Market Outlook indicates that Oman’s economy, like many of if its Gulf neighbours, is still working its way through a challenging period, triggered by the shock collapse in oil prices in 2014. The country, however, is embarking on a journey to wean itself off its dependence on oil revenues through diversification efforts and positive government intervention.

Ian Gladwin, Head of Cluttons Oman, said: “Although the real estate market has been impacted by a reduction in overall demand, there remain pockets of activity and clear opportunities in both the residential and commercial sectors. Primary drivers of these opportunities include major projects such as the Khazzan gas field project and the new airport in Muscat. The airport, which will nearly double passenger capacity to 12 million passengers per annum, is expected to boost the country’s tourism and hospitality sector, while also opening new development opportunities for land parcels around the airport.”

The Cluttons report indicates that in the absence of sustained economic growth, demand for residential rental accommodation in Muscat remains muted. Anecdotal evidence suggests that job losses and housing allowance reductions continue, albeit to a slightly lesser extent than the same time last year.

Faisal Durrani, Head of Research at Cluttons, commented: “The last 12 months have seen relative stability bedding in across virtually all of the 12 main residential submarkets in the Omani capital which we monitor. That said, our analysis shows that the premium residential locations across the city have seen the largest drops in rental values as tenant demand has increasingly focussed on more affordable locations and properties. Al Mouj and Muscat Hills for instance, have experienced rental corrections of up to 10% over the last 12 months.”

In the 12 months to the end of September average residential rents receded by a marginal 0.8%, and by just 0.2% in Q3. The latest change leaves average rents at about OMR 690 per month, down OMR 5 per month on Q3 2016. Average rents in Muscat are now generally 20% to 25% lower than they were during Q3 2014, right before oil prices plunged from highs of close to USD 110 per barrel, highlighting how intrinsically intertwined Oman’s economy and property markets are with the performance of oil prices.

According to Cluttons report, office rents have seen limited declines through 2017. Over the course of the last 12 months, the CBD has been the city’s weakest performer, with rents dipping by 14.3%. Despite the declines, occupiers still appear nervous to commit to relocating, often deterred by the expenses associated with a move, including fit out costs.

“Although we expected landlords to offer greater flexibility due to the stagnant market conditions, this has failed to materialise en masse. In contrast, absorption has been reasonably strong for recently completed, higher quality developments where landlords have taken a more proactive approach to attracting tenants, particularly in terms of offering competitive rental rates.”, said Gladwin.

As for the industrial market, the Cluttons report indicates that the development of Duqm as an industrial port city of potentially international significance continues to gather pace. The port is already operational with Phase 1 expected to be fully completed in 2019 with the South Korean government recently announcing plans to assist with developing Duqm into a ‘smart city’.

In addition, 10 sub-usufruct agreements have now been signed between Oman Wanfang and Chinese companies for projects worth a total of USD 3.2 billion within the 11.7 square kilometre China-Oman Industrial Park. These projects are expected to be completed in 2021 and will create around 4,000 jobs.

Cluttons report shows that aside from the clear risks to overall demand levels for both residential and commercial property that stem from any further weakness in oil prices, a number of downside risks are being monitored, including value added tax (VAT) and foreign investment law.

Durrani explained, “While Saudi Arabia and the UAE have forged ahead with plans for VAT, commencing 1 January 2018, Oman is yet to declare its intentions on the formal roll out of a VAT regime. The implications of VAT in Oman are likely to be a spike in inflation, which may dent consumer confidence and spending. The impact on the property market is still unclear, but if the Sultanate follows in the footsteps of the UAE by taxing all commercial sales and lease transactions, demand is likely to weaken further, driving down rents from their current record low levels. Should Oman follow the Saudi Arabian authorities’ decision to tax buy-to-let residential property, we may see a sudden weakening in the buoyant second homes market”.

Cluttons also points to proposed changes to the Foreign Capital Investment Law, which are regaining momentum, as the Sultanate looks to introduce a comprehensive regulatory framework to attract foreign direct investment, which is seen as an upside risk to the market.

“The new regulations, which have been prepared in cooperation with the World Bank, are reported to be nearing completion and we understand that they are likely to allow full foreign ownership of companies in various sectors and remove the minimum capital requirement for setting up a company. The easing of current regulations should provide a boost to the inflow of foreign investment by significantly reducing existing hurdles to entering the Oman market”, Gladwin added.

Durrani concluded, “Given the current market dynamics, we believe the residential rental market in Muscat is likely to remain relatively stable for the remainder of 2017 with rents, on average, likely to end the year only marginally down on 2016. We expect rents to stabilise over 2018 with the potential for only limited further downward corrections. However, we do not see any realistic prospect of rental value increases until at least 2019. As for the office market, our view for 2017 is for relative stability with the potential for limited further reductions. As for 2018, we may well see further falls in headline asking rates should VAT be imposed on the commercial office market, as is the case elsewhere in the GCC. We currently anticipate the potential for upward momentum returning to the office market in 2019 at the earliest.”