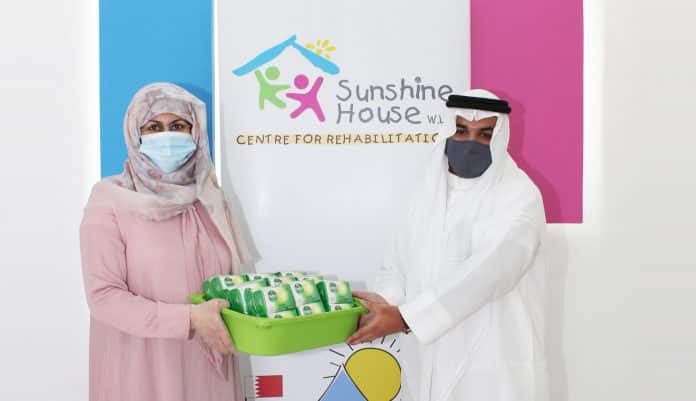 Sunshine House has donated bars of handsoaps to the community campaign managed by the Fatima Bint Resq Project and in collaboration with BHR4ALL. These will be distributed to labor workers to help prevent the spread of the Coronavirus in the Kingdom of Bahrain. Shaikh Rashid Bin Mohammed Al Khalifa, the founder of the Fatima Bint Resq project, received the donation from Eman Al Tammam – Sunshine Houses’s Centre Director on the 10th of June.

The organizers of this campaign would like to thank Mahin Al Wazzan – Happiness Director, Emman Al Tammam – Centre Director and Aneisha D’silva – Accounts and Administration Manager of Sunshine house for their contribution to the cause. Mahin Alwazzan expresses her gratitude to Shaikh Rashid Bin Mohammed Al Khalifa for giving them an opportunity to be part of the campaign.