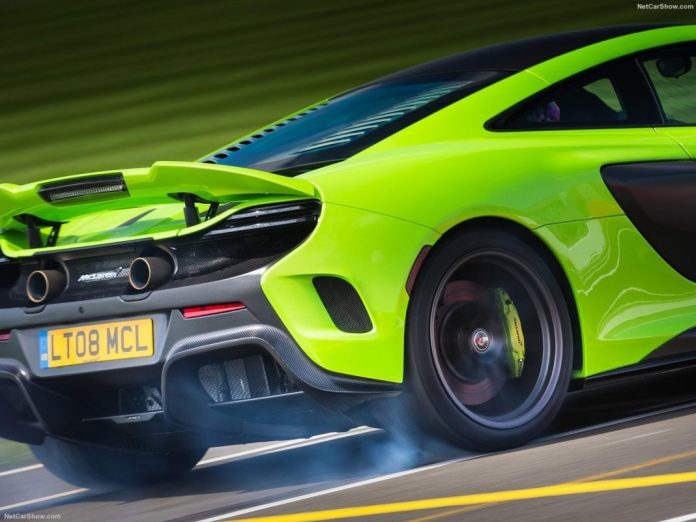 The 675LT is the ultimate McLaren’s Super Series and the big brother to the 650S. It’s the McLaren we’ve been waiting for the company to build since it entered the market. Lighter, more powerful, more focused and more fun, the new 675LT is the result of McLaren’s engineers putting the 650S back through what it calls “the loop” to improve on every area it felt needed attention.

While the original 12C and the current 650S have impressed in terms of outright performance, they have yet to tug at the heartstrings of the enthusiast, trading on raw speed at the cost of driver involvement, excitement and entertainment.

More than 50 percent of the components used in the McLaren M838 TL twin-turbo charged V8 engine in the 675 have been replaced or updated, many coming from the P1. There are new connecting rods and camshafts, new turbos that are unique to the 675, despite being the same size as those fitted to other Super Series cars.

The turbo’s waste gates are also electric rather than pneumatic, and feature machined-from-solid compressor wheels, rather than cast items, to maximise air-flow into the compression chamber and deliver cooler air for improved efficiency and more power. There is also a new high power fuel pump and a titanium exhaust that features a unique-cross-over silencer to maximise the exhaust length, improve torque output and, of course, the sound.

The seven-speed gearbox has new software to maximize the engine’s new performance output and there’s also the latest version of the company’s Inertia Push technology that, when in Track mode, harnesses the built up kinetic energy to deliver a wave of torque when the next gear is engaged.

The powertrain also accounts for 10 percent of the 675’s weight loss, the exhaust alone saving 1.1kg. And in order to increase airflow into the side mounted radiators the turbulent air that exits from the wheel arches is directed into larger air-intakes ahead of the rear wheels, within the intakes the radiators, which are the same size as those in a 650S, have been tuned through fourdegrees to increase efficiency.

Since the outbreak of Covid-19 that has unleash an economic downfall, Thai business collaborations continues, expanding business ties between The Kingdom of BAHRAIN...
Read more
Inside Bahrain