It is interesting to note how food...
CultureInside BahrainTaraweeh prayers performed in Bahrain mosques 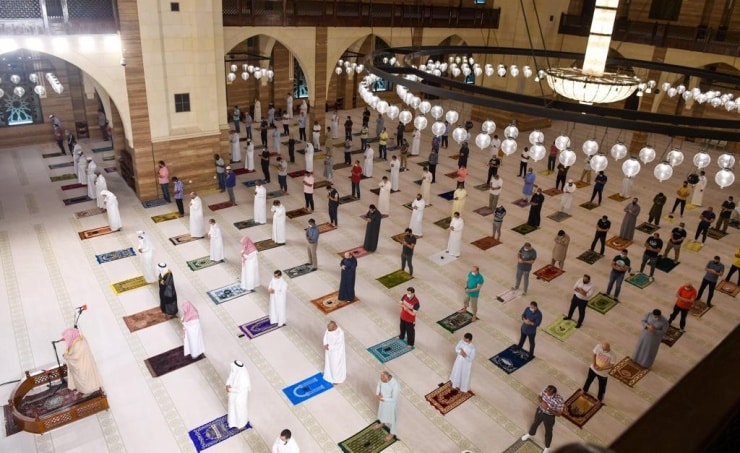 Only Bahrainis and foreigners who were vaccinated (14 days after the second dose) and those who have recovered from coronavirus were allowed into the mosques designated by the Ministry of Justice, Islamic Affairs and Endowments to conduct Taraweeh that follow immediately the Isha (Evening) prayers.

The worshippers had to show their mobile where the BeAware app electronic certificate proved that they had received the vaccine.

Under the precautionary measures, each worshipper had to bring his own mat and had to perform the prayers keeping the necessary distance from the others.

Taraweeh prayers start on the eve of Ramadan and last until the penultimate day of the month.

Congregational and Friday prayers were suspended in Bahrain on March 28 last year after mosques were shut to mitigate the spread of the coronavirus.

Fajr prayers were allowed back in mosques on August 28, Dhuhr on November 1 and Asr on December 6. Mosques were re-opened for all five prayers on March 11. However, Friday prayers remained suspended except for those performed at Al Fateh Mosque by a limited number of people.