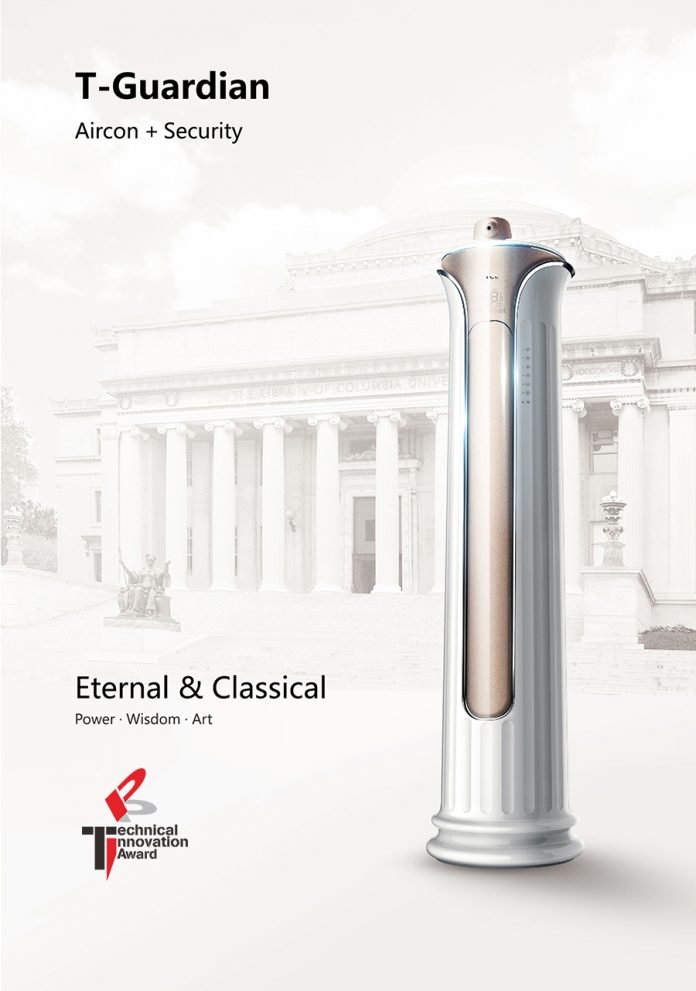 TCL Awarded for Its Smart Life AC at IFA 2017

TCL T-GUARDIAN is built-in with a high-solution camera, through which the user will be able to monitor the home environment while he or she is outside. Once there is any object entering into the scene, an alarm message will be sent to the user for notification. Considering privacy, the security camera can be hidden with a foldable mechanism when monitoring is no longer needed.

Other ‘Aircon+’ series air conditioners demonstrated at the show also included the T-Health, The T-Sunny, the T-Music, and the T-Link. Moreover, just right after the launch of TCL Miracle series AC in 2016, TCL also introduced its new arrivals – TCL Elite & Grace series air conditioners to the overseas market at IFA 2017, which impressed visitors with its advanced features of I set, self-cleaning, etc.

‘Aircon+’ innovative technologies can be regarded as TCL’s trial to advance the development of the air conditioner industry. TCL has been seeking breakthroughs towards intelligence and creating a new generation of air conditioner products, which would boast more practical scenario functions and customized designed features for various groups of users.

Being a global manufacturer of smart products and provider of Internet application services, TCL saw its brand value reach RMB 76.5 billion in 2016, and continued to be China’s third largest air conditioner exporter for consecutive years.