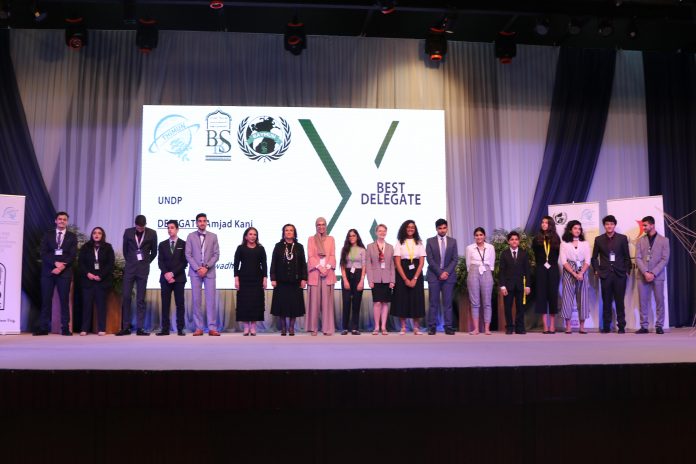 Under the patronage of H.E Shaikha Haya bint Rashed Al Khalifa, Chairperson for the Bahrain Chamber for Dispute Resolution, The Bahrain Bayan School hosted the tenth annual Bayan Model United Nations (BayMUN) 2017 Conference at its premises, bringing together over 800 participants from over 20 schools across Bahrain and other countries to discuss and debate world issues. 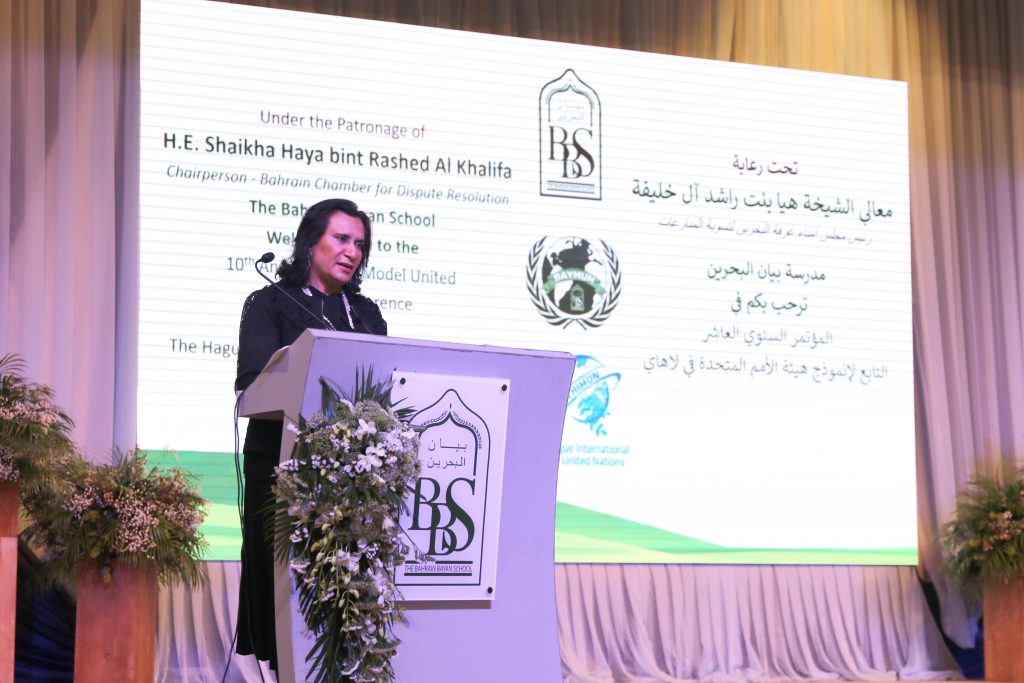 Bahrain Bayan School is the first and only school in Bahrain and the sixth school in the region to be affiliated with ‘The Hague Model United Nations (THIMUN)’. THIMUN supports and promotes the work of the United Nations by encouraging dialogue about international issues among young people across the world. The theme of the 2017 conference was ‘Creating a Sustainable Future for Bahrain, the Middle East, and the World’. This year’s conference incorporated, for the second year in a row, an Arabic speaking council, Majlis Al Nuwab, which is designed to enhance the students’ knowledge of the roles of real UN diplomats. 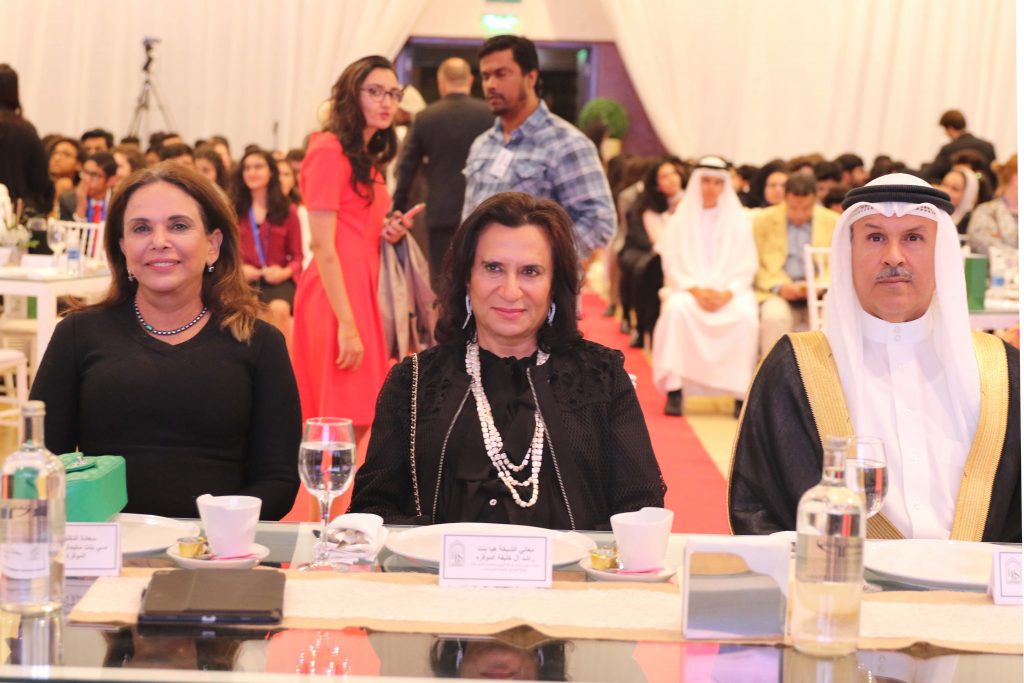 In keeping with the sustainability theme, a team of the Bahrain Bayan School students have converted their School cafeteria building into a fully sustainable project called Eco Lab 360. Solar panels, a biogas generator, food waste composting, general recycling, and greywater recycling systems have been implemented, which the students estimate will save the school around USD 6,000 annually on water and energy. 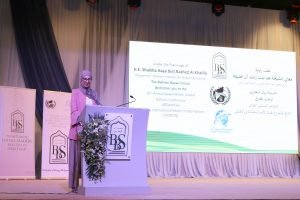 The highly successful project, which has been nominated as a finalist project in the Zayed Future Energy Prize, one of the most prestigious awards in renewable energy and sustainability, will also serve as an educational platform for other schools and even government organisations to study sustainable technologies and practices. Competing in the Global High Schools Asia category as the only finalists from the Arab region, the Bahrain Bayan School team stands a chance to win USD 100,000 to use towards their sustainability project. The winner will be announced in Abu Dhabi on January 2018.

Apart from the Eco Lab 360 project, the school has also launched the Bahrain Bayan School Eco Pledge, in which participants pledge to reduce their carbon footprint and water consumption. 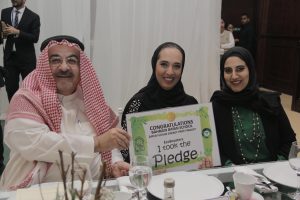 “The Bahrain Bayan School is very proud to be hosting the THIMUN-affiliated Bayan MUN for the tenth year in a row,” said Dr. May bint Sulaiman Al Otaibi, Chairperson of the Board of Directors, Bahrain Bayan School. “BayMUN is a powerful educational tool for students to learn about diversity and diplomacy and to understand the challenges facing our world today. It builds confidence and leadership skills which will serve the participants well in the future.

“This year’s theme of sustainability inspired our students to undertake the ongoing Eco Lab 360 project, which has been nominated as a finalist for the prestigious Zayed Future Energy Prize. We wish them every success in the finals in January, and we hope their efforts will inspire other students for generations to come,” she added. 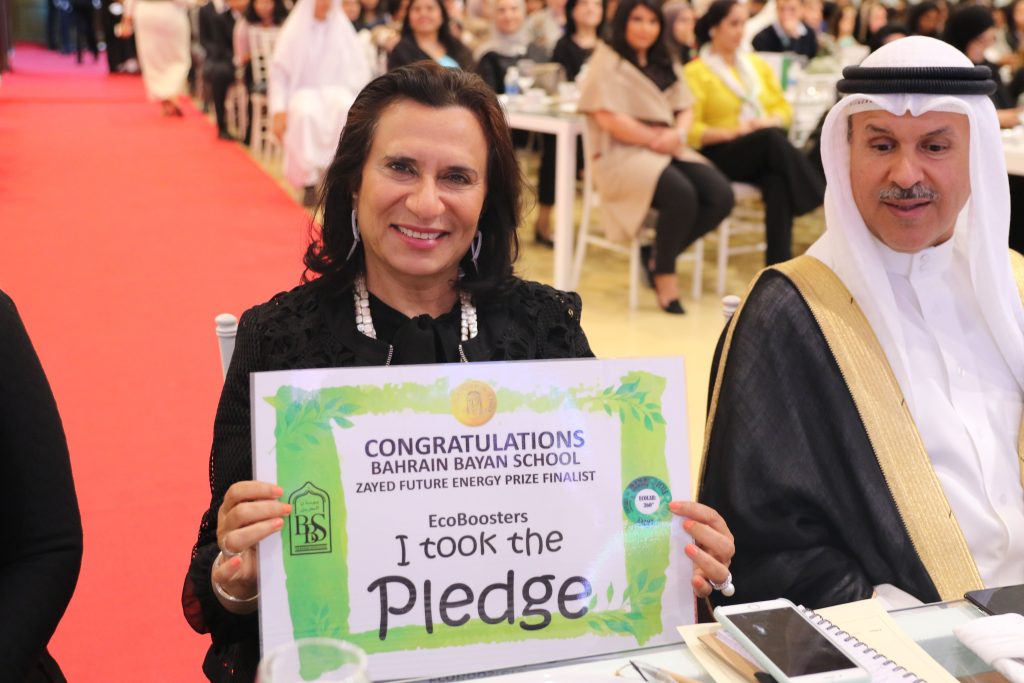 The event Director is Ms. Radia Ali. The event was supported by Ahli United Bank, the Economic Development Board and Tamkeen. 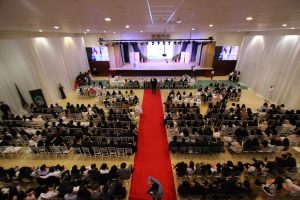 Within the framework of its promotional efforts for the Kingdom of Bahrain as leading and distinguished tourist destination and of increasing the number of...
Read more
Inside Bahrain

Al Haddad Motors have recently handed over a fleet of Mercedes-Benz Certified Pre-Owned Trucks to Ameenco at the Mercedes-Benz Customer Service Centre located in...
PR This Week

The Indian Community Relief Fund (ICRF), working under the patronage of the Embassy of India in Bahrain, reaches out to the distressed members in...
PR This Week

Big discounts and amazing prizes are at stake as Al Hawaj and CrediMax opens their “5 Hot Days” promotion from 1st to 5th of...
Tech

Google is expanding the ways you can make video calls on smart displays powered by Google Assistant with new support for group calling in...
PR This Week

In line with its strategic corporate initiative, stc Bahrain is launching the third edition of its ‘Arts and Culture’ platform – a community engagement...
PR This Week

BENEFIT, the Kingdom’s innovator and leading company in Fintech and electronic financial transactions services, has announced the launch of a new service for BenefitPay...
Inside Bahrain

Northern Governor, Ali bin Al-Shaikh Abdulhussain Al-Asfoor, has asserted that the disinfection campaigns carried out by the Northern Governorate are part of the national...
Entrepreneurial Journey

I never thought of advertising my business when I was a small shopkeeper. The word-of-mouth publicity among customers was sufficient for me in those...
© GO ALIVE MEDIA
MORE STORIES