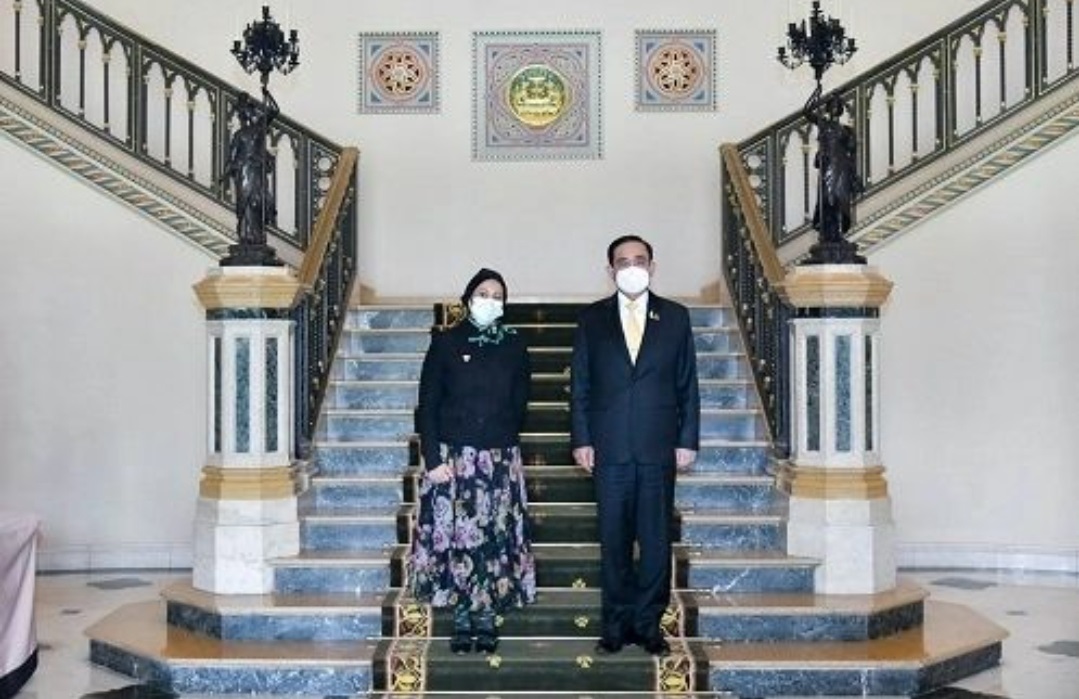 The Thai Prime Minister welcomed the Bahraini ambassador, congratulating her on her appointment as ambassador of the Kingdom of Bahrain to the Kingdom of Thailand. He praised close and distinguished Bahraini-Thai relations, stressing the importance of developing them in all fields. He stressed the need to explore opportunities to enhance bilateral cooperation, encourage trade and investment activity, and promote joint projects between the private sectors in both countries. He expressed thanks for the care accorded to the Thai community residing in the Kingdom of Bahrain, which contributed to strengthening relations between both countries and peoples. For her part, The Bahraini ambassador praised distinguished relations between the Kingdom of Bahrain and the Kingdom of Thailand, reviewing ways to advance them to broader horizons at various levels. She stressed the importance of exchanging visits to serve the common interests of both countries