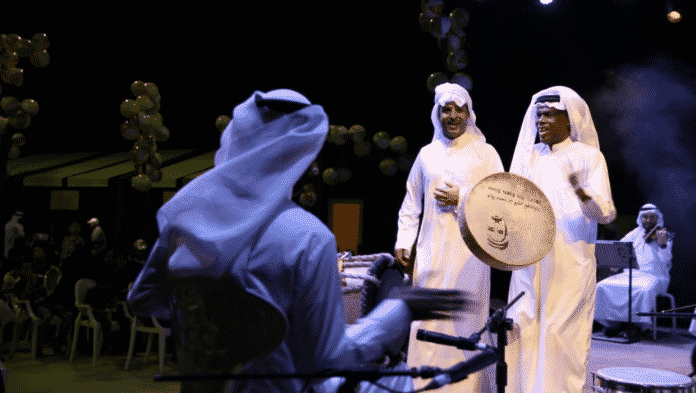 The 11th Edition of Bahrain Summer Festival has Returned!

Held under the slogan “Our Year of Celebrations”, the annual festival, is one of the most anticipated events locally and regionally due to its reputation of sensational line-ups of live shows and multi-cultural family-friendly entertainment. It has been so far,  filled with diverse performances along with artistic activities, educational and creative workshops.

The festival, which is located in Nakhool Tent at Shaikh Salman bin Ahmed Al Fateh Fort in Riffa is entering its final stretch in this week. It offers a variety of children’s activities and workshops. Nakhool and Nakhoola, the adventurous duo and famous faces of Nakhool Tent  welcome all families and friends daily from 5pm to 9pm, except on Sundays.

Along with the company of the beloved duo comes an exciting programme for all ages and will be open to the public. The adventurous duo, have also been transformed with a fresh appearance to a new location that offers more of the unique experiences to those looking for an exciting program this summer!

As part of country’s continued success and achievement in all fields, Bahrain Summer Festival endeavours to excel through its events program. Exceptional local and international shows are presented during a whole month every year to an admiring public.

Young Bahrainis are also being treated to a dazzling display of performing arts; they’re taking part in a summer festival aimed at opening their eyes to home-grown and international culture. Nakhool City,  which holds a variety of children’s activities and workshops is hosted by a different location every summer session.  Through  Bahrain Summer Festival, the Ministry of Culture is launching a showcase of Bahrain’s folk music in a series of open-air shows at some of the island’s best-known sites. The aim is to boost tourism and trade at the same time as educating the public about the Kingdom’s rich tradition of music and dance. Well-known local folk bands perform songs and dances traditionally used to mark important occasions such as the pearling and fishing seasons have new platforms to perform this summer festival.

Sudan’s Acting Foreign Minister Omar Qamar Al Din Ismail has praised the support of His Majesty the King to Sudan in various circumstances and...
Spotlight