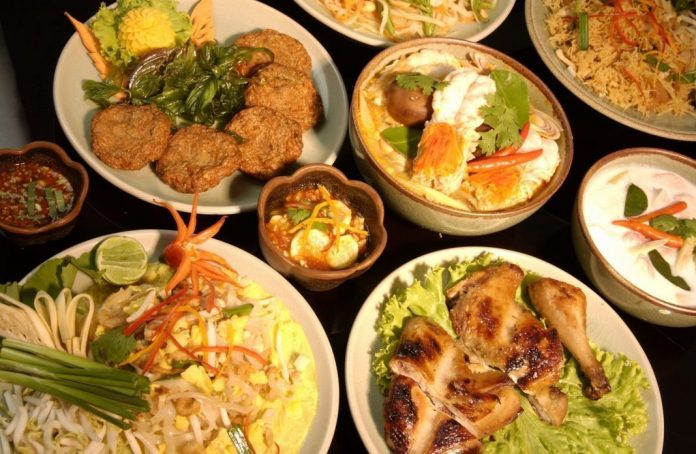 “The Amazing Tastes of Thailand Festival 2015”

The Tourism Authority of Thailand (TAT) in partnership with Royal Thai Embassy to the United Arab Emirates, Royal Thai Consulate-General Dubai and Thai Airways International Dubai, has announced ‘The Amazing Tastes of Thailand Festival 2015’ to be held on 5 August, 2015 at 13-participating restaurants across the UAE.

Throughout the Thai Food Festival, UAE residents and visitors will have the opportunity to avail several discounts and promotions from all participating Thai restaurants nationwide.

Speaking about the Thailand Food Festival, Tourism Authority of Thailand Director for the Middle East, Mr Chalermsak Suranant said: “For its fifth year, The Amazing Taste of Thailand Food Festival 2015 will continue to delight UAE residents and visitors with world-renowned Thai cuisine. The event aims to promote the on-going campaign ‘Discover Thainess”, with a core focus on Thai way of life through people and culture, which are all reflected in every Thai dishes”

The launching ceremony of the festival will take place on 5th August 2015 at Al Wasl Ballroom-A, Dusit Thani hotel. The venue is set to be decorated with carnival theme with dishes served in food trucks and stalls to actualize Thai fun fair, street party and music. Guests will be serenaded by live musical performances from Sound of Siam Band and Koh Mr. Saxman. Additionally, there will be a segment ‘Celebrity Cooking Showdown” wherein two sets of Dubai-based known personalities will battle for a live cooking face-off.

The event will also be attended by partners from UAE travel industry including airline representatives, travel agents and media. Mr Chalermsak Suranat added: “I would like to take this opportunity to thank all our partners and friends for the continued support in making Thailand the leading outbound destination in the region.”