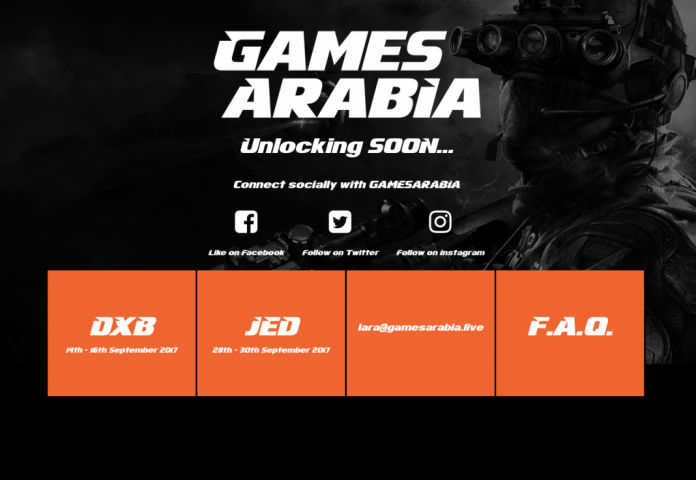 The BIGGEST Names in Video Games is coming to town!

Uniting the community of video game fans, cosplayers and pop culture enthusiasts, GAMESARABIA, a three-day event, will take place in Dubai from 14th-16th of September. The massive celebration of the digitally glorious world of interactive entertainment will be held at the Dubai World Trade Centre. The electrifying highlights of the event will include playable content from long-awaited unreleased games, a competition for UAE’s most talented cosplayers, challenging e-sports tournaments and the guest appearance of WWE superstar.

Arun Adnani, Director, of Panache Middle East said, “The region’s video game landscape has seen a massive growth over the last decade due to a burgeoning youth population. We are celebrating this evolving culture with an event that brings the gaming community together, local talents and anyone looking to experience a weekend packed with thrilling activities and a new dimension of entertainment. With its massive appeal, the event will also be brought to other parts of the Gulf region, starting with Jeddah, Saudi Arabia from 28th-30th September at the Jeddah International Exhibition & Convention Center.”

Prior to it’s worldwide launch, GAMESARABIA audience will get a first-hand opportunity to play action-packed games such as, Activision Blizzards’ Call of Duty: World War II, EA SPORTS FIFA 18 and Ubisoft’s Far Cry 5. Apart from this exclusive opportunity, the audience at the event will also get to play numerous new games such as WWE 2K18, NBA 2K18, Destiny 2, Battlefield Expansion along with popular games like League of Legends, Counter Strike: Global Offensive, Overwatch, DOTA2, Mortal Kombat X and Injustice 2.

The e-sports tournaments hosted by PLG will see avid gamers compete for prizes on various gaming platforms. Transporting us to their fantastical world, the ever-growing cosplay community will take the stage to display their creativity and compete for a chance to win AED 10,000.

Gulf Air, the national carrier of the Kingdom of Bahrain, announces that it has resumed its direct flights to and from Dhaka’s Hazrat Shahjalal...
Inside Arabia