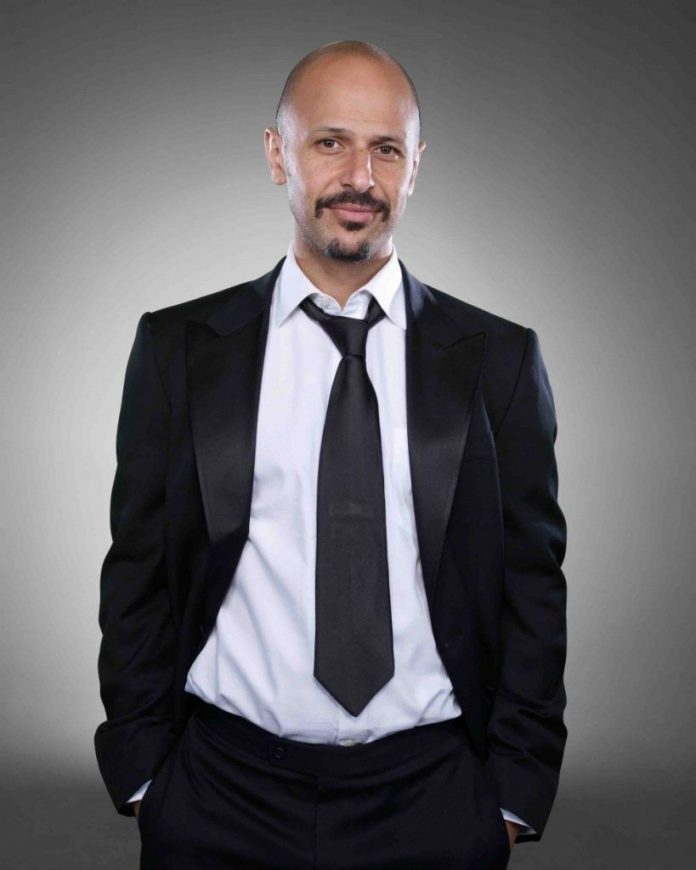 The funniest Persian was in BAHRAIN!

The standup comedian brought laughter in the island on the 8th of December in Intercontinental Regency Hotel. The laughter went to a completely different level in the Kingdom. Maz Jobrani sat with Bahrain This Week and shared few of his life experiences. Let’s find out what’s up with the best Persian Comedian of all times and what Maz has to say about his time in Bahrain

“Bahrain has been fun! Actually, I just got here and I’ve seen two buffets, went to the gym and slept! Great beds I musts say. But I’ve been here a few times and I love the people of this Kingdom. Here there’s a great mix of different backgrounds Arabs, Persians and expats; I love it!”

Maz Jobrani shares his story that goes something like this- “I have a funny story that goes with my name. Once when I first took off with comedy, there was a place called the comedy store. What happens is, when you’re done with your act, you introduce the next act and that way the show keeps going on. A friend of mine who had never met me before asked “who’s coming up next?” They said Maz Jobrani. Now they said it so fast she heard it as monster bunny! So she thought a big guy in a bunny suit will be coming on stage to perform. It surely was a disappointment when I turned up on the stage. Ha-ha!

He continues- “Coming to my background and how did I get into Comedy goes something like this- We all come from a background where your family wants you to have a prestigious degree, and parents try to go with what the community believes and want your uncles and others will talk if you wanted to do something artistic they will think you’re crazy! And as a kid I was in love with Eddie murphy. I was doing comedy and acting and was really good at it but my parents wanted me to be a lawyer. Somewhere along the way I thought to myself you live only once and you have to live it in the way you want & not in the way your parents want you to live. I had that moment where the bulb just glows above my head and everything started from there. I mean it takes years but it’s something I love doing which makes it totally worth it!

“Now, being an actor and being a standup comedian are two different things. The beauty of standup comedy is that you get an immediate feedback from people. I usually tell everybody to go and attend it live because usually the experience is different and I love performing live. Film making and acting is different; it’s like putting a puzzle together. For example, when you go to see a movie you sit there for an hour and half and watch the movie but when you’re making the movie you spend two days filming one scene and you just do it over and over again and you have to shoot it from a wide angle and different angles then you have to go and edit it, I just made my own film, it’s called Jimmy Vestvood American hero. It’s a little like Borat/pink panther. You can go to jimmyvestvood.com to watch the trailer. The movie will be out hopefully by next year.”

Maz Jabrani giving out a message to our readers- “A message that I’d like to give out to the readers is that I love you all. Even though it never RAINS IN BAHRAIN you mislead me. I love coming here. I’m happy to be back. I’m Maz Jobrani and I’m Persian like the cat MEOWW!! Oh and before I leave I’d like to give out an exclusive news- AFTER THE SHOW I’LL BE HAVING TEA IN MY ROOM EXCLUSIVLY!”

Ha-ha! Thank you Maz Jabrani! There you go as funny as always!