The first ever app-driven Scrabble Tournament in...

The iGA reviews digital transformation strategy to include public suggestions 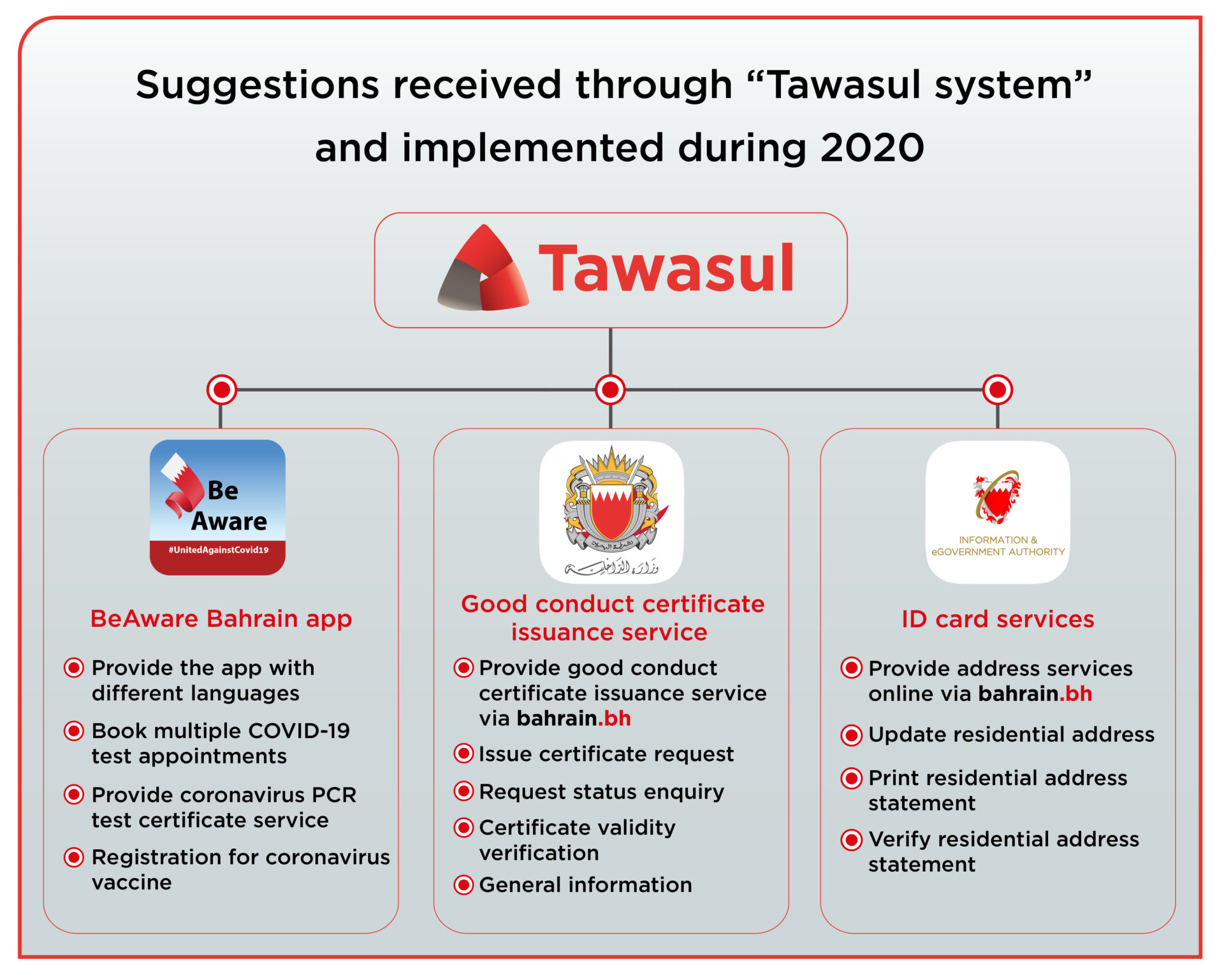 The Information & eGovernment Authority (iGA) has reviewed its digital transformation strategy to include suggestions put forwarded through the National Suggestion & Complaints System (Tawasul) during 2020.

The iGA has thoroughly reviewed the total of 205 suggestions it has received to carefully craft a digital transformation strategy that optimizes operations.

The iGA has performed a needs analysis to identify areas with the strongest potential for digitization with priority given to projects with quick wins in order to maximize customer satisfaction.

The COVID-19 pandemic has also helped identify areas in need of digitization as dependence on E-services, along with the number of services provided has increased from 470 to over 500.

Suggestions were mainly directed towards the ‘BeAware Bahrain’ app, including expanding the list of services extended to include appointment bookings for COVID-19 tests and vaccinations, and issuance of official PCR test certificates.

iGA CEO Mohammed Al Qaed said: “It is a pleasure to see so much positive interaction with beneficiaries. Thoughtful suggestions such as those received last year play an important role in revealing areas for improvement. The submissions revealed the public’s expectations of the government’s ongoing digital transformation, and the iGA welcomes all comments and suggestions.”