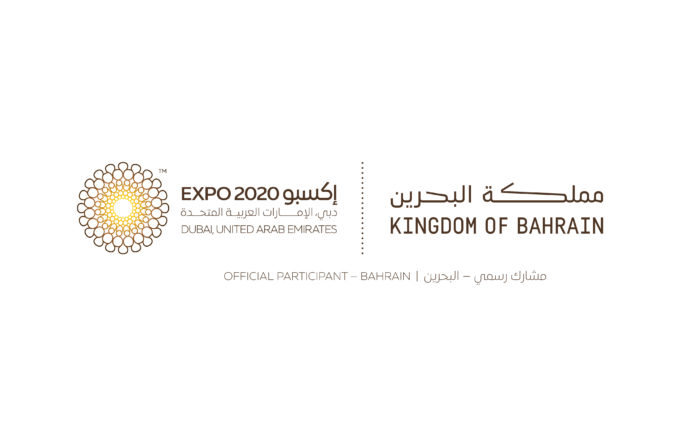 Following a culmination of years of continuous work and relentless effort, the Kingdom of Bahrain inaugurated its National Pavilion – “Density Weaves Opportunity” on October 1 at the largest and long-awaited international event, Expo 2020 Dubai.

The Pavilion was inaugurated by Her Excellency Shaikha Mai bint Mohammed Al Khalifa, Bahrain Authority for Culture and Antiquities President and Commissioner General of the Bahrain Pavilion, in the presence of a number of GCC pavilions representatives headed by His Excellency Dr. Nayef Falah M. Al-Hajraf Secretary General of the Cooperation Council for the Arab States of the Gulf. Also the opening was attended by diplomats and international media outlets.

“Today we are present at Expo 2020 Dubai and our message to the world is that culture makes achievements possible and promotes nations,” said Her Excellency Shaikha Mai on the occasion.

“Culture is a ray of hope in a world recovering from a crisis that has spread across all aspects of life.”

“The Kingdom of Bahrain is present with its ancient heritage and rich history which is translated across to visitors through our pavilion that displays the beauty of our buildings and urban innovation – both past and modern.”

“We dedicate this new achievement to Bahrain’s leadership, headed by His Majesty King Hamad, the first supporter of Bahrain’s participation in the expo and patron of the efforts by the Bahrain Authority for Culture and Antiquities to participate in various international forums in addition to His Royal Highness Prince Salman bin Hamad Al Khalifa, Crown Prince and Prime Minister, for his wisdom that placed Bahrain on the international economic map.”

Her Excellency Shaikha Mai added that the National Pavilion of Bahrain is a culmination of many successful participations in prestigious international forums that will further reaffirm the density of Bahrain’s civilization and human elements that exist in a relatively small geographical area.

She stressed that this density lays the foundation to create promising opportunities in various fields such as economy, culture and sustainable development.

“The Kingdom’s participation in Expo 2020 Dubai is the ideal opportunity to promote the most beautiful image of Bahrain, which is reflected through distinct civilizational elements and cultural components,” added Her Excellency Shaikha Mai.

“It is a destination that offers a unique experience for visitors from across the world through its ancient cities such as Manama and Muharraq in addition to the sites registered on the UNESCO World Heritage List – the Bahrain Fort, the Pearling Path, and the Dilmun burial mounds.”

“Bahrain also has a cultural infrastructure consisting of museums, sites and visitor centers that showcase the tale of civilizations spanning over 4,000 years.”

Her Excellency Shaikha Mai explained that the National Pavilion of Bahrain at Expo 2020 Dubai reflects the concept of density through a unique architectural design and a diverse cultural program.

She also added that the young volunteers are an essential part of the human power that will contribute towards the success of Bahrain’s participation and noted the participation of musicians, artists and craftsmen from Bahrain.

Her Excellency Shaikha Mai thanked the Emirate of Dubai and those in charge of the expo in addition to all the supporters of cultural and civil work in Bahrain – both the public and private sector – and those who contributed to theKingdom’s participation in this important event for the region and the world.

Bahrain’s participation in Expo 2020 Dubai is represented by the Bahrain Authority for culture and Antiquities in collaboration with the Economic Development Board (as a business partner) and in cooperation with Gulf Air, the National Bank of Bahrain, the Ministry of Industry, Commerce and Tourism, the Bahrain Institute for Pearls and Gemstones (Danat), the Bahrain Chamber for Commerce and Industry, Tamkeen, the Sovereign Wealth Fund of Bahrain (Mumtalakat), Export Bahrain, the Bahrain Tourism and Exhibition Authority, Export Bahrain and Batelco.

This collaborative efforts aims to utilize this opportunity as a catalyst to stimulate economic growth and provide job opportunities for years to come.

The inauguration of the National Pavilion of Bahrain at Expo 2020 Dubai was attended by a large number of visitors who praised the pavilion and its content which reflects the density of Bahrain’s cultural production.

Visitors were also introduced to the different facets of density in Bahrain through the pavilion’s hosts who were dressed in attire designed by Bahraini fashion designer Hala Kaiksow in close collaboration with the Bani Jamra Textile Factory while also tasting authentic Bahraini hospitality through innovative culinary creations by Bahraini chefs Bassam Al Alawi and Lulwa Al Sowalih at the pavilion cafe.

Located in the Opportunity District – one of Expo 2020 Dubai’s three themed areas – the National Pavilion of Bahrain explores the concept of density and its role in creating promising opportunities and future possibilities in an increasingly crowded world through an immersive experience designed by architect Christian Kerez Zurich AG.

The National Pavilion of Bahrain is an open and slightly submerged space accessed by a ramp that forms the bridge from the exterior to the interior. The structure of this central space is a 24m high rectangular building with a central and open exhibition space held by 126 columns – which are 11cm in thickness.

In addition to functioning as a support mechanism to one another and the ceiling, the columns elegantly reference the principles of communication and density in exploring three-dimensional possibilities inspired by the traditional geometric plaster ornamentations of traditional Bahraini architecture.

This central space includes the main exhibition space, gift shop and cafe, all of which have been arranged in a free-flowing manner between the columns as a physical spatial representation of the pavilions density-centered theme.

Like walking through a dense forest, the 126 steel columns allow visitors to freely experience the exhibition and planned pavilion program, while the aluminum-made facade signifies one of the Kingdom’s main exports.

The entire structure was designed to allow it to be completely dismantled and rebuilt at a permanent location in Bahrain following the end of the six months.

Different period installations will be installed in the space and transformed over the court of the six-months creating a different scenography that changes the visitor’s perspective and reading of the space.

Each of the installations was created through a collaborative process and crafted by hand in Bahrain using various traditional and modernized weaving techniques as a metaphor for density.

Each scenography will have a general theme which is revealed in four different exhibitions – similar to theatrical work – to showcase an important element of Bahrain’s culture and its rich heritage.

They will shed light on general themes starting with the sea, weaving creativity, a narration of history and finally sustainable cities.

Under the “Sea” theme, an installation titled “What She Sees” will be showcased.

The installation was created by Bahrain-based textile designer Mhairi Boyle in collaboration with Bahraini craftsmen and It reflects the nobility of the weaving craft in Bahrain and the beauty of the sails of the Banoosh – traditional fishing and pearling dhows – in the past.

The Bahrain Authority for Culture and Antiquities, in collaboration with the Bahrain Institute for Pearls and Gemstones (Danat) offer a diversified program which allows international visitors to explore Danat’s key services while also providing an educational opportunity for visitors to learn about the latest tools and techniques in examining natural pearls.

As part of its preparations for Expo Dubai 2020, the Bahrain Authority for Culture and Antiquities has launched a crafts training program in collaboration with Al Jasra Handicrafts Center, the Shaikh Ebrahim Bin Mohammed Al Khalifa Center for Culture and Research, Capital Mall for Bahraini Handicrafts (under the Labour and Social Development Ministry), the Awal Women’s Society and the Bani Jamra Textile Factory within efforts to preserve a wide range of traditional crafts, provide creative education and offer an opportunity for skill development.

Dedicating the National Pavilion of Bahrain to these efforts and promoting intangible cultural heritage will leave behind a strong and long lasting legacy.

Expo 2020 Dubai opened its doors on September 30, bearing the slogan, “Connecting Minds, Creating the Future”, and will continue hosting and displaying the pavilions of the world’s countries for a period of six months.

It is expected to attract millions of visitors from across the globe during that period.