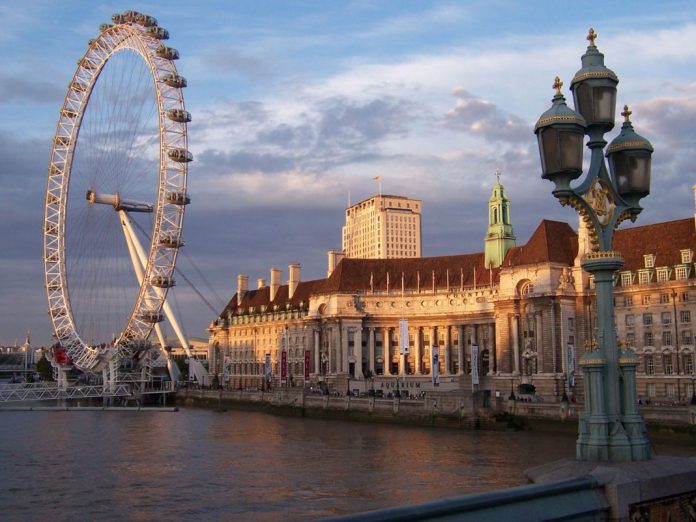 Your Ultimate Guide to Enjoying Your Summer in and around London;

Celebrated around the world for its diverse arts and culture, cutting-edge fashion, and iconic landmarks, London can often be a maze for travellers choosing what to do in and around the United Kingdom capital. British Airways, who proudly calls the bustling city of London home, is offering return fares starting from as little as BHD241, and a few highlights to make the most of the Great British Summer.

From historic sporting events and music festivals, to palaces and magical attractions, London and the surrounding counties provide the perfect reason for a holiday this summer, whether it be a family vacation, or long weekend getaway. British Airways’ crew have put together a list of dates you need to mark in your calendar, and activities to add to your travel must-do list:

The Royal Ascot is unarguably the UK’s most expensive horse race, attracting the world’s finest racehorses to compete for more than GBP 6.58 million in prize money. New this year, visitors can now enjoy the best of British summer and racing with the roll out of The Village Enclosure priced at GBP 67. This addition includes pop up and al-fresco dining, adult beverage bars, fine dining restaurants and an unmissable atmosphere with live music all day long.

The highlight of the British summer and the ultimate social event in the June calendar, the Henley Royal Regatta is the world’s most popular rowing race of its kind. Dating back to 1839, the crowds of sporting enthusiasts and English socialites flock to the banks of the River Thames to support rowing teams competing for the grand titles. There are strict dress codes in place for the exclusive areas such as the Stewards’ Enclosure, which require ladies to wear a hat and a formal dress below the knee, and gentlemen are expected to wear blazers and ties, often reflecting the universities they’ve rowed for. The five-day event is accompanied by plenty of afternoon tea and traditional British fares.

The Wimbledon Championships is the oldest tennis tournament in the world, and is widely considered the most prestigious. Since the first Championships in 1877, Wimbledon has grown from its roots as a garden-party event to a Grand Slam tournament. The only one of its kind held on a grass surface, Wimbledon continues to honour many long-standing traditions not least, a royal patronage and eating strawberries and cream.

The ‘Barclaycard presents British Summer Time Hyde Park’ is an annual music festival that takes place over two weekends at London’s Hyde Park. Possibly one of the most famous parks anywhere in the world, today under the British Summer Time Hyde Park event, some of the biggest names in music have performed there including the likes of the Rolling Stones and Bon Jovi. The line-up for 2017 includes a list of impressive acts including the Kings of Leon, Green Day and showcasing a mix of genres – Justin Bieber on 2 July. The festival runs from Friday 30 June through to Sunday 9 July.

One of Europe’s biggest street parties offers visitors a myriad of colour across the two-days, with a daily carnival parade, stunning floats and creatively costumed dancers weaving their way through the streets of London. You will find it hard not to move along to the rhythmic Caribbean beats that fill the air, or fall in love with mouth-watering food drawing inspiration from as all corners of the Caribbean.

On for a limited time, here’s one for the family – adults and children can go behind-the-scenes of the widely popular Harry Potter film series, located at the Studios and see where all the magic began. Walk into authentic sets and experience for yourself the charm and spirit that brought the characters to life. The Studio Café offers a popular British tradition, afternoon tea, along with freshly prepared food and baked items.

One for the motor heads and those who love to party, the weekend long Grand Prix is a must-attend event on the international F1 calendar, with tickets starting from GBP 60. Hailed as one of the fastest circuits in the world by F1 drivers, the Silverstone circuit attracts serious car enthusiasts and the crème of the F1 community for a truly great annual sporting event. Visitors can make the most of the motoring championship and camp out over the weekend if they have three-day tickets to the Grand Prix. The camping grounds are adjacent to and within 150m of Club Corner at the South of the circuit with facilities including toilets, showers and shops.

The British monarchy is the most iconic royal family internationally, with its heritage and legacy having a strong resonance with many countries globally. If you’re looking to step into centuries of history and visit the London residence of the world’s longest-reigning living monarch, then book your tour of Buckingham Palace. One of the few active royal palaces, the tour of the Queen’s official London residence covers some of its most lavish State Rooms, the Throne Room, the Gardens, priceless works of art by some of history’s finest painters such as Rembrandt, gifts given to the Queen and more.

A full timetable of British Airways’ flights to London and beyond is available online here where customers can find the lowest fares and book, pay and check-in online for their flights.