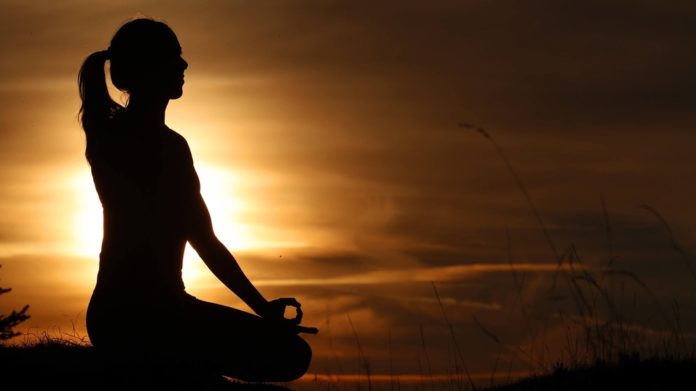 The Science of Yoga by Neelanjana Bharadwaj

The practice of Yoga is said to have originated thousands of years ago in ancient India and has been adapted in various countries through various ways. The original knowledge was found in Vedas and Upanishads, which are ancient Indian texts, dating back over 5000 years, however it was highly guarded and given only to the brightest and best students and never recorded.

The science of yoga has its origin thousands of years ago, with the very dawn of civilization. Over the years there have been several Yoga masters from India who have paved the way for spreading the nuances of this ancient wisdom across the globe through their well-documented practices and literature. Yoga has spread all over the world by the teachings of great personalities like Swami Vivekananda, Swami Sivananda, Shri T.Krishnamacharya, Paramahansa Yogananda, Shri Yogendara, Swami Rama, Sri Aurobindo, Maharshi Mahesh Yogi, Sri Sri Ravi Shankar, Pattabhi Jois, BKS. Iyengar, Swami Satyananda Sarasvati and the like.

Ever since the current Prime Minister of India, Sri Narendra Modi proposed the idea of designating a day to celebrate the very spirit of Yoga during his speech on 27th September 2014 at the United Nations General Assembly, June 21st is being celebrated as the International Day of Yoga since 2015.

The awareness of Yoga and its true essence has reached several people across the globe and we find many nations reaping the myriad benefits of this ancient discipline.

From Europe to the United States of America to Africa, Australia and even the Middle East there is a strong awareness and conviction about the yogic practices benefitting one at every layer of their existence.

Being in Bahrain for over 10 years, I can personally vouch for the exponential rise in the way people perceive Yoga and understand its significance and accept the yogic practices as a part of their personal disciplines for a more productive and healthy life.

There are several schools of Yoga that have spruced up, in the Middle East, over the years imparting authentic Yogic knowledge to aspiring teachers and students and two such prestigious schools are based out of Bahrain itself! Namaste Bahrain and Pure Yoga have been running the Yoga Alliance Teachers Training Programs for a few years now and have been instrumental in training certified, well rounded Yoga teachers. I am delighted and honored to be a part of the teachers training program at Pure Yoga, sharing my immense passion for the philosophy and science of Yoga.

Further cementing the significance of Yoga the first ever Arab Region Yoga Instructor’s Conference was organized in Dubai, in 2019. Several teachers, practitioners and promoters of Yoga, from across the Middle East, congregated for this wonderfully organized 2 days event which was spearheaded by a few entities under the patronage of the Embassy of India in Dubai. Being one of the presenters from Bahrain I was delighted to see the immense efforts towards spreading the awareness of Yoga in the Arab region.

Yoga is a science and has very ancient roots thus authentic, factual knowledge from the right sources is the most essential aspect for anyone on the yogic path. One must understand that the practice of Yoga is far deeper than limiting it to just body centric practices. The entire discipline is so deeply rooted through the various layers of our existence that one is losing the very essence of the science by promoting only postures or breathwork.

Yoga is a physical, mental and spiritual discipline so let’s try and understand the essence of this science as applicable to us from the right sources and practice its principles in a disciplined and consistent manner rather than just following some trends or fancy sessions run by poorly trained teachers to maximize our yogic experiences and reap the right benefits.

Thus, I would go as far as saying that any person who wishes to understand and start Yoga needs to avoid reveling in non-yogic trending sessions like ‘Beer Yoga’, ‘Booty Yoga’, ‘Dog Yoga’ and so on and so forth!

I will sign off by using my favorite line, ‘Everything is Energy’, so find the right energy to enhance your own and thus emit and be the energy you wish to see in others!

Yoga teacher & Evaluator with
Ministry of Ayush,
Government of India,