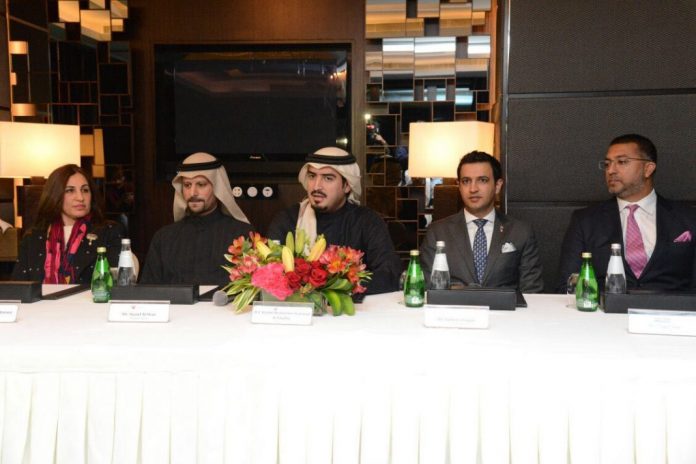 Bahrain Tourism & Exhibitions Authority (BTEA) recently announced the launch of the second edition of ‘Bahrain Food Festival’ in a press conference that was held at the Capital Club on Tuesday.

The 10-day event, organized by the Bahrain Tourism & Exhibitions Authority, will run from the 25th of February to the 6th of March 2017 and aims to attract food enthusiasts from the Kingdom and the neighboring GCC countries. The Food Festival will serve as a platform to provide participating restaurants and outlets with the opportunity to showcase their local concepts and position the Kingdom as a regional culinary destination.

More than 50 prominent outlets are taking part this year including businesses and concepts related to the food industry such as restaurants, cafes, hotels, nutrition, kitchen appliances and much more. The Bahrain Food Festival will offer visitors varied cuisines including Middle Eastern, Western, Asian, Indian, Organic, and Healthy options.

“Following the tremendous success of the first edition of the ‘Bahrain Food Festival’ last year which was held under the umbrella of the ‘Manama Capital of Gulf Tourism 2016’, we have decided to host this initiative once again but have enhanced its appeal by expanding the offerings and adding more activities and vendors. Initiatives such as the food festival are essential in stimulating intra-regional tourism, and further boosting the Kingdom’s appeal as a hub for family entertainment,” commented H.E Shaikh Khaled bin Humood AL Khalifa, Chief Executive Officer of BTEA.

Further commenting on this initiative, Mr. Yousef Al Khan, Director of Marketing and Tourism Promotion at BTEA, stated: “We are delighted to launch the second edition of ‘Bahrain Food Festival’ that attracted more than 25,000 visitors last year. We would also like to extend our gratitude to the sponsors who have contributed in enhancing the festival’s events and activities and have helped us strengthen its position as a prominent event in the food and hospitality industry”.

Y.K Almoayyed & Sons will also participate in the festival by providing the kitchen equipment for the live cooking shows at the events area, while Capital Club will be hosting the same time a celebrity Chef from Mexico that will offer Bahraini hospitality students a chance to learn and improve their cooking skills.

“We at Capital Club are honored and thrilled to be part of ‘Bahrain Food Festival’. Our vision is to host TOP 50 chefs from World, Asia and Latin America to visit Bahrain and showcase their culinary talent and impart their knowledge and skills to Bahraini students. We would like to thank Shaikh Khaled bin Humood Al Khalifa from BTEA, Mr. Janahi from Tamkeen, for providing us this unique opportunity by being the strategic partners. By hosting Latin America’s no 37 Chef, Gerrado Lugo, at the Capital Club, we will showcase authentic Mexican cuisine from north and south of Mexico to people in Bahrain,” added Mr. Sumeet Jhingan, General Manager of Capital Club.

Mr. Gagan Suri, Chief Executive Officer at Bahrain Bay project further added, “It gives us tremendous pleasure to be working alongside the BTEA on such significant local initiatives such as the ‘Bahrain Food Festival’ that will be held at the newly completed Bahrain Bay promenade and we look forward to collaborating with the authority on other projects in the future.”

“We are always keen to support activities that showcase Bahrain’s local identity. The Kingdom’s food industry is considered to be one of the most varied and vibrant industries in the Kingdom and we are happy to work closely with the BTEA to participate in the ‘Bahrain Food Festival’ and showcase this industry to a wider audience on the weekends,” added Mrs. Bayan Al-Barak Kanoo, Founder of Al Riwaq Art Space.

Gulf Air, the national carrier of the Kingdom of Bahrain, announces that it has resumed its direct flights to and from Amman’s Queen Alia...
Read more
Inside Arabia