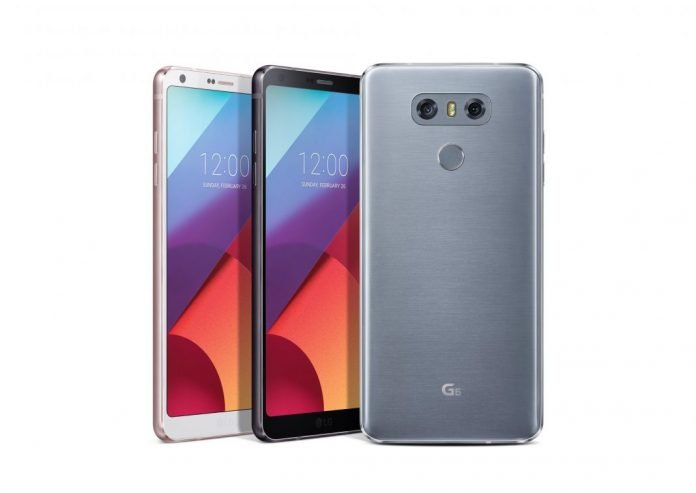 Flagship Smartphone is the first to offer 18:9 FullVision display that supports both Dolby Vision and HDR 10

After the recent launch of the LG G6 across the Middle East and Africa markets, LG Electronics (LG) reveals that its newest flagship smartphone has received great praise from users and reviewers in the region, thanks to its emphasis on the fundamentals, featuring trendy innovations and multiple world firsts in display and visual technologies.

The LG G6 leads the new form factor trend with its 18:9 screen aspect ratio and 5.7-inch FullVision display, a world first. With this unique ratio of the screen and a smaller body, users can easily and comfortably use the big-screen LG G6 with one hand.

Acknowledged as the first smartphone to feature Dolby Vision technology, the LG G6 supports both Dolby Vision and HDR 10, both of which are standards for High Dynamic Range (HDR). This superior picture quality technology allows for a wider range of color and luminosity, wherein both the darkest and the brightest areas are more vivid, revealing greater detail for a truly immersive viewing experience.

“We have experienced successful launches for the LG G6 across our markets in the Middle East and Africa region, exemplifying an overwhelming support to our highly refined and premium smartphone,” said Mr. Kevin Cha, President, LG Electronics, Middle East and Africa. “As we continue to pursue our premium strategy coupled with technological innovation and a well-liked back-to-the-basics approach, there is no doubt that the LG brand in the mobile business will continue to win the hearts and trust of our consumers across our region.”

With smartphone screen sizes getting bigger and the speed of the Internet becoming faster, LG’s decision to support two HDR standards allows viewers to have access to as much content as possible. And with HDR content from Netflix and Amazon on the rise, users can watch popular shows in stunning HDR quality on the LG G6. Amazon will also increasingly create 18:9 content for a cinematic viewing experience on the 18:9 QHD+ display.

With the LG G6, users can simply choose between standard and wide-angle settings. And with dual 13MP rear cameras, including a 125-degree lens on the wide angle, the LG G6 captures panoramic shots that regular phones cameras cannot.

The LG G6 delivers an outstanding and unique camera experience by creating seamless transitions when zooming in and out between the wide-angle and standard camera lenses even during the 4K video capture. The LG G6 also comes with an expanded 100-degree field of view with its 5MP front camera, which means users can take selfies or wefies without the need for a selfie stick.

This is not all, the LG G6 provides a Square Camera function, which divides the 18:9 ratio display into two identical squares. The LG G6 can take perfectly square photos in 1:1 ratio, ideal for Instagram, Snapchat and other social media apps. Users can also choose other ratios, such as 4:3, 16:9 and 18:9. Pictures can be taken in 1:1 ratio in one window, while checking, editing and uploading pictures in another window immediately after shooting.

The LG G6 can go just about anywhere without worry thanks to its IP68 water and dust resistance that makes it safe to be immersed in up to 1.5 meters of water for as long as 30 minutes. And users can worry less about accidental drops and other rough environments during everyday use because the      LG G6 has been designed and built to be dependable even when the going gets rough.

The LG G6 not only meets international testing standards but also endures further tests for high temperatures and nail penetration and uses a proprietary technology that dissipates heat via an internal heat pipe, the first in an LG smartphone. In addition to this, to further disperse heat inside the unit, LG engineers positioned the components most prone to overheating as far from each other as possible.

“We are extremely proud of the success and positivity surrounding the LG G6 smartphone in the region. Thanks to the phone’s new display format offering unrivaled cinematic viewing experience, exceptional screen to body ratio, wide-angle camera and more, the reviews have been overwhelmingly positive, demonstrating once again that LG continues to bring the best in usability and premium innovation that resonates with our users,” Mr. Cha concluded.

The Royal Thai Embassy, in cooperation with the Office of SMEs Promotion (OSMEP) Thailand, Institution of Small and Medium Enterprises Development of Thailand and...
Read more
PR This Week