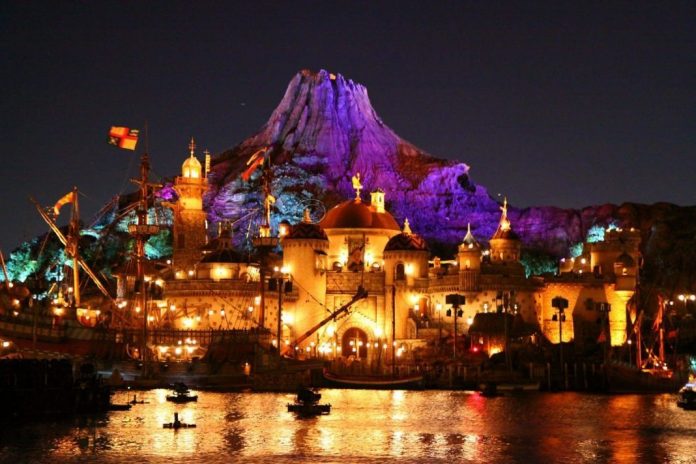 Tokyo Disneyland is a theme park based on the films produced by Walt Disney. It was opened in 1983 as the first Disney theme park outside of the United States. This week, BTW has some extra fun lined up for you to explore. Wondering where to take your kids this summer before the usual routine kicks off? Tokyo Disneyland is the place to be!

World Bazaar, located at the main entrance to the park, is a covered shopping arcade lined with shops and restaurants. The area is more like those early 20th century American towns. Ladies, shop till you drop!

Fantasyland is based on the classic animated films by Disney and is home to the iconic Cinderella’s Castle at the centre of the park, as well as other characters and rides such as Peter Pan, Snow White, It’s A Small World and Pooh’s Hunny Hunt This attraction is unique to Tokyo Disneyland.

Critter Country is home to Br’er Rabbit, Br’er Fox, Br’er Bear and the other characters from the Disney film “Song of the South”. Here you can find the popular Splash Mountain log ride, as well as guided canoe tours on the Rivers of America.

Adventureland includes attractions that encompass the spirit of adventure. Here you can join a jungle cruise, explore the Swiss Family Treehouse, ride the Western River Railroad and sail with the Pirates of the Caribbean. Interesting!

That’s not all! But we won’t tell you everything about Tokyo’s Disneyland here. Have fun exploring Tokyo’s biggest summer destination yourself!

BRAVE Combat Federation returns to the Kingdom of Bahrain, for the second consecutive week with BRAVE CF 42, on September 24th. The promotion released the full...
Read more
iGA

Having earlier introduced a number of traffic services such as Payment of Traffic Conventions and Issuance of International Driving Licenses, the National Portal bahrain.bh...
Read more
PR This Week