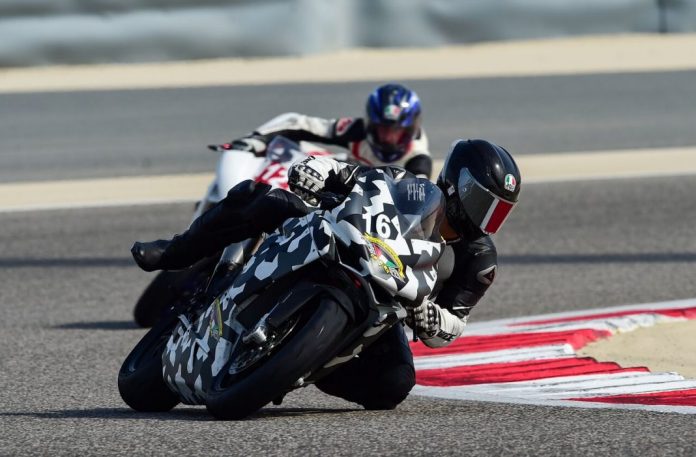 Some of the region’s top motor racing talents are set to showcase their skills in National Race Day on Saturday (Editor’s note: February 11) at Bahrain International Circuit (BIC) in Sakhir.

The event is set to feature an exciting triple-header, with the BIC 2,000cc Challenge, the Bahrain Superbike Championship and the Bahrain Motorcycle Racing (BMR) 600 all roaring into action. Each series will be holding the third round of their respective 2016/2017 seasons.

The BIC 2,000cc will feature a grid of no less than 10 participants, including defending champion Shaikh Salman bin Isa bin Ebrahim Al Khalifa.

Shaikh Hamad bin Isa bin Ebrahim Al Khalifa, who won both races in the previous round, is uncertain to be taking part.

In the BSBK, Mishal Alneaimi will be looking to continue his dominant run to the season in which he has already triumphed in five of the six races held so far.

Mike “Spike” Edwards was the other winner.

They will both be looking to make an impact in the coming round along with the likes of homegrown riders Mohammed Al Khalifa, Salman Khalaf and Abdulghaffar Albastaki. The field of 12 is set to be completed by Fahad Alsuwaidi, Ruben Bacha, Fahad Al Gharabally, Ali Alshammari, Nasir Hussein and Ahmed Almuyini.

The BMR 600 will see its field of competitors divided into two categories, the first being the Superstock Series and the other the Hornets Series.

Some of the top riders in the Superstock class include David Wynne, Magnus Mossburg and Pawel Rosciszewsi, to name a few; while those in the Hornets category are Ali Alshammari, Adel Najjar, Ali Adiby and Mohammad Al Zaidan, among others.

BIC’s 2.550-kilometre Inner Track is set to host all the racing.

The day’s programme begins at 9.50am and concludes at around 5pm. All are welcome to attend. Tickets are available at the gate. They cost BD2 for adults and BD1 for children.

Action on Saturday begins at 9.50am with BSBK Practice. The Superbikers move on to Qualifying at 11.30am, after which Race One is scheduled for 1.32pm. Race Two takes place at 3.12pm.

For further information on National Race Day, visitwww.bahraingp.com, or call the BIC Hotline on +973-17-450000.