It is interesting to note how food habits vary according to nations and is aligned to climatic needs and cultural inheritance of the countries in question. The island country of Bahrain is a melting pot of different cultures and traditions, and while it has embraced the influences of different cultures that have taken shelter in it, its indigenous food stand intact and preserved over the years. BTW takes a bird’s eyes view of the traditional fare of Bahrain that makes the cuisine of the land so popular with both the original inhabitants as well as the expat population of Bahrain.

Bahrain’s traditional food includes fish, meat, rice, and dates. One of the most famous Bahraini dishes is machboos, which is made up of meat or fish served with rice. Another known food is muhammar which is sweet rice served with dates or sugar.

Bahrainis also eat other Arabian food such as falafel, fried balls of chickpeas served in a bread, and shawarma, lamb or chicken carved from a rotating spit and wrapped in pita bread. Traditional snacks include samboosa and pastry. Balaleet is a sweet saffron noodles served with a savory omelet on top.

Another important part of the Bahraini diet is the fresh fish of the Gulf, of which the king is the Hamour (grouper), typically served grilled, fried, or steamed. Other popular local fish include Safi (rabbit fish), Chanad (mackerel), and Sobaity (see bream). Most of the time, fish is eaten with rice. A century of British rule in the Gulf has also made fish and chips popular in Bahrain.

Another delicacy is Qoozi (Ghoozi), which is grilled lamb stuffed with rice, boiled eggs, onions and spices. The traditional flatbread is called Khubz. It is a large flatbread baked in a special oven. Numerous Khubz bakeries dot the country.

Coffee, called Gahwa locally, is considered a part of the traditional welcome in Bahrain. It is usually poured into a coffee-pot, which is called dalla in Bahrain. It is served in a small cup made for coffee called finjan.

An important aspect of Bahraini cuisine is certainly the desserts. The most popular Bahraini desserts include baklava, halwa, kunafa, umm alli, and so on.

So next time you are in the mood for some food that is exotic and rich in the spices of the land, look no further than any traditional Bahraini restaurant for a gastronomical journey down the rich heritage of the Island. 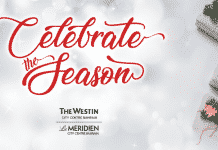 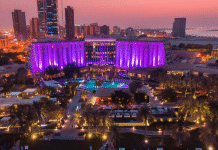 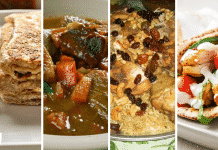